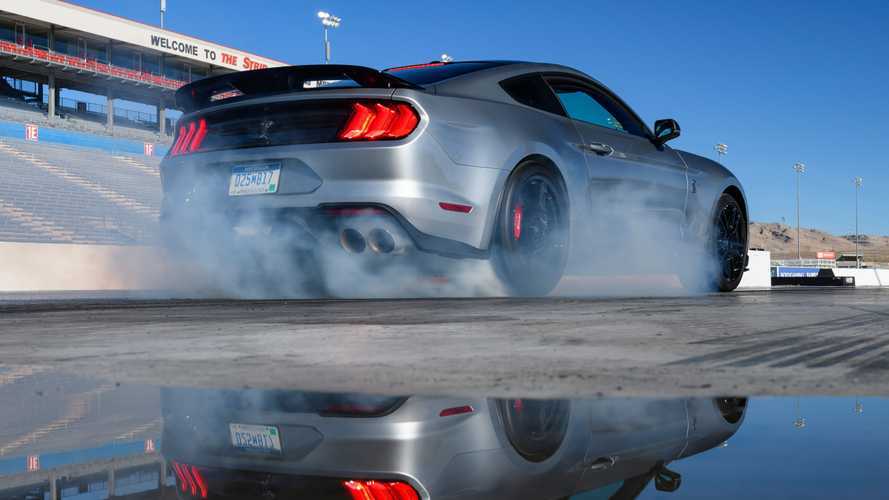 It's barely quicker than the previous-generation GT500, but a 60-mph sprint doesn't tell the whole story.

By now, your automotive feeds and social media stations are likely filled with driving impressions on Ford’s new Shelby GT500. Our own first-drive experience went live early this week, and we were rather shell-shocked at how good this 760-horsepower (557-kilowatt) muscle machine is as an all-arounder. That said, we can’t overlook the fact that Ford officially lists the Shelby’s 0-60 time at just 3.3 seconds.

That’s a bit quicker than the last Mustang to wear a Shelby GT500 badge, which was the 662-hp (494-kW) 2014 model. Its official time was 3.5 seconds, though we can't help but notice the new car improves by just two-tenths despite a difference of nearly 100 horsepower. Honestly, going official with a time marginally quicker seems rather convenient on Ford’s part, especially since the new Shelby GT500 also has lower top speed than its predecessor.

It may sound like we’re poking sticks at Ford for building a car that doesn’t necessarily outperform a five-year-old model, but actually, we’re conveying the exact opposite. When you start talking about this kind of power with an engine in front driving the wheels in back, traction is the primary catalyst for a blistering 0-60 time. There comes a certain point where even gobs of horsepower and the best street tires can't overcome the invisible traction wall. At that point, you either move the engine rearward as Chevy did with the Corvette, or you build a super-soft suspension for more weight transfer like the Dodge Challenger SRT Demon.

The real eye-opener here is quarter-mile time, which is a full second better than the old Shelby. That’s what 100 extra horsepower and a quick-shifting DCT will do for you. As for top speed, it's true the previous-generation GT500 could reach 200 mph, but it also didn’t have the fantastic aero package of the current car. The only place you could ever hope to reach 200 mph is on a long, closed straight, whereas you can feel the new GT500’s extra downforce while enjoying a basic open track event, or even with some responsible canyon carving.

The fact that we’re still talking about this car a few days after our comprehensive first drive is an indication of just how impressive this machine really is. We spend all kinds of time in high-powered cars, but few have the combination of brute force, handling, and surprising every-day usability as the new GT500. That is, for cars starting under $100,000 anyway.