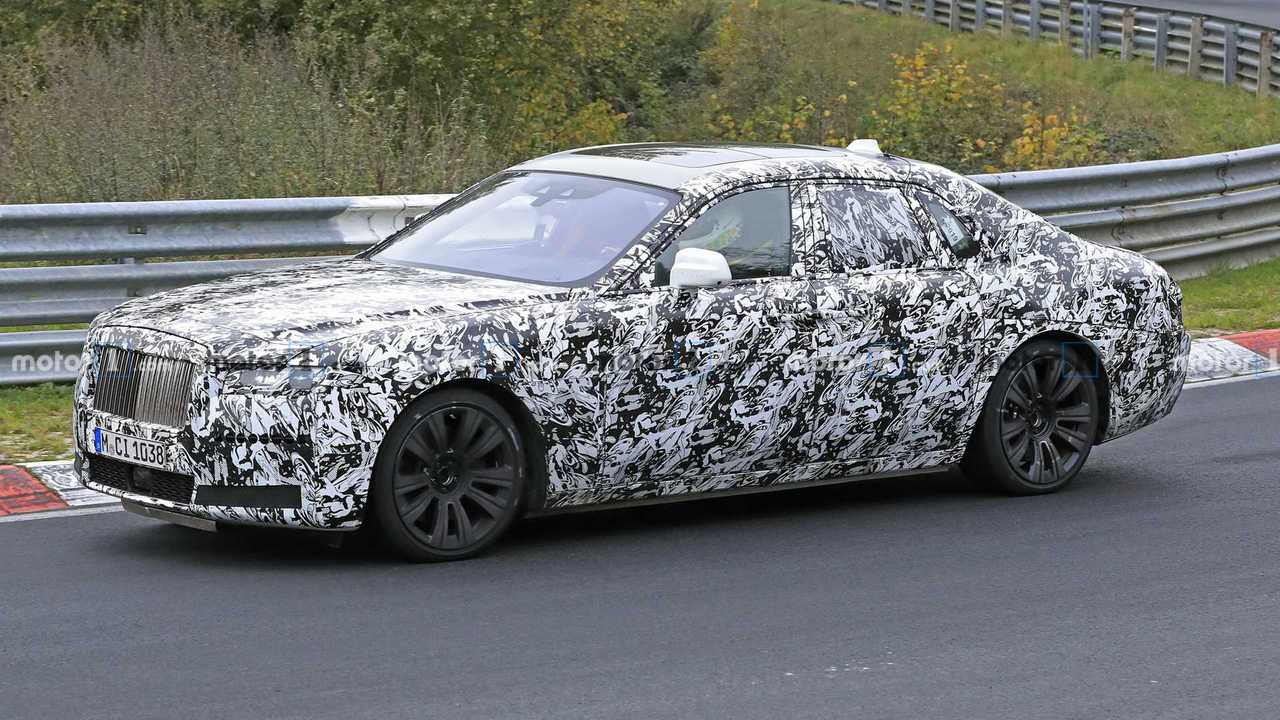 It looks familiar, but there's a whole lot of new tech for wealthy drivers to enjoy.

A new batch of spy photos catches the latest development of the next-generation Rolls-Royce Ghost. The existing model dates back to the 2010 model year, and in the fast-moving evolution in the auto industry, that makes it practically ancient.

The photos suggest that the new Ghost has a similar exterior appearance as the current model but gaining narrower headlights for a closer resemblance to the new Phantom. Rolls' traditional large, flat grille still dominates the front. The biggest tweaks appear to be behind the A-pillar where there's now a sleeker roofline. There's reportedly a major tech update for this Rolls, including a level of self-driving capability.

Get Spooky With The New Ghost:

Other spy shots (gallery below) provide a glimpse inside the cabin. The model retains circular gauge pods, but each one of these appears to be a digital display. There's also a wide infotainment screen on top of the center stack and analog clock next to it.

Gallery: 2021 Rolls-Royce Ghost spied inside and out

The new Ghost rides on the Architecture of Luxury platform like the new Phantom and Cullinan. Its powertrain is a mystery, but the shared underpinnings mean the Ghost could use the same 6.75-liter twin-turbocharged V12 as the other models. There are also rumors about an electric version happening eventually but seems unlikely to be available at launch.

Mechanical upgrades also allegedly include using a 48-volt electrical system to power an active anti-roll system. Four-wheel steering would make the big sedan a little more nimble, too. Laser headlights would illuminate the path ahead.

The new Ghost debuts sometime in 2020. Although, the exact timeframe for the unveiling isn't yet available.