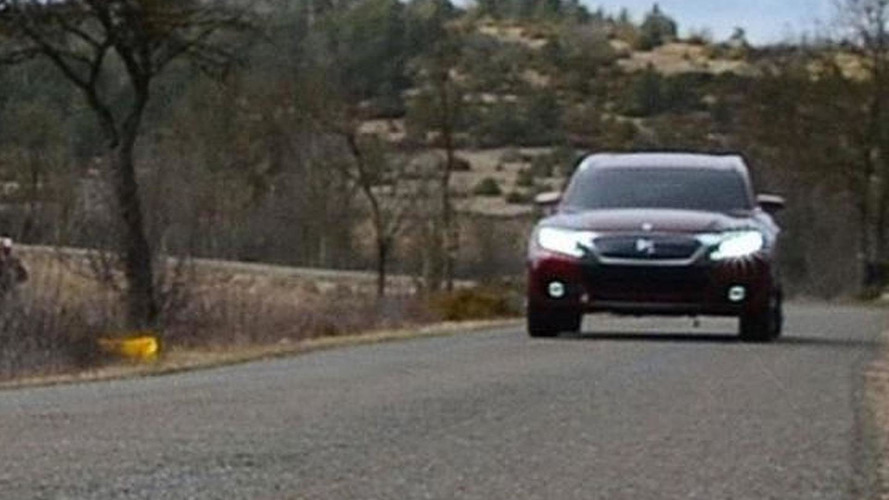 Citroën has released a teaser video for the DSX concept which will be known as the Wild Rubis.

Citroën has released a teaser video for the DSX concept which will be known as the Wild Rubis.

It will ride on the DS5 platform and previews an upcoming luxury crossover set to tackle cars such as the Range Rover Evoque. The vehicle is expected to go on sale at the beginning of next year in China, followed later on by the European market where it should have a starting price of 39,000 EUR.

From what we know so far, the crossover will be 4.70 meters long and is going to be available with an all-wheel drive configuration. The Euro-spec is likely to be offered in a diesel-electric hybrid version using PSA's HDi 163 diesel coupled to an electric motor. The conventional mill churns 163 HP (120 kW) and the electric motor an extra 37 HP (34 kW) for a combined output of 200 HP (147 kW).

The electric motor powers the rear axle while the diesel takes care of the front wheels when using the car in all-wheel drive mode. The non-hybrid versions will not be offered with AWD, while the China-spec variant will probably feature a 1.6-liter THP rated at 243 HP (179 kW).