It'll debut in the days to come.

BMW has launched four M SUVs this year by coming out with the range-topping versions of its X3, X4, X5, and X6, but the best is yet to come if you’re a fan of true sports cars. That’s because we are merely days away from the unveiling of the hottest M2 to date – the CS. Australian magazine Carsales has it on good authority the ultimate derivative of the small coupe will premiere in the following days before going on sale in 2020.

They recently had a chat with BMW M chief, Markus Flasch, in South Africa during the BMW M Festival and managed to find out a little bit more about the Clubsport version of the M2. He described the hot coupe as “the most crisp and pure BMW M model that we have launched in quite some time,” adding it’s “phenomenal and drives like a race car with license plates.”

Technical specifications were not disclosed by Flasch during the interview, but it’s safe to assume the M2 CS will have a little bit more power and a little bit less weight than the M2 Competition. According to a leaked dealer bulletin, the last hurrah for the current-generation 2 Series Coupe is going to boast 444 horsepower or 40 horses more than the M2 Competition. As for torque, it’ll reportedly be carried over at 550 Newton-meters (406 pound-feet).

To please both worlds, BMW is said to offer the car with a choice between a six-speed manual and a dual-clutch, seven-speed automatic. Goodies like carbon-ceramic brakes and sticky Michelin Pilot Sport Cup 2 tires for the 19-inch wheels are expected, as are chassis upgrades and suspension tweaks. The interior will also be revised a bit with lightweight thinner front seats and might lose some of the amenities in a quest to shave off weight.

The Hottest M2 To Date Is Coming: 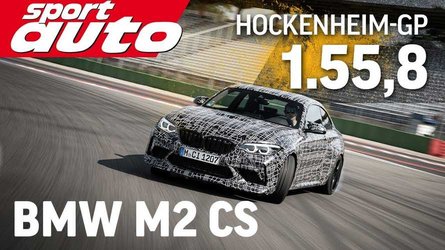 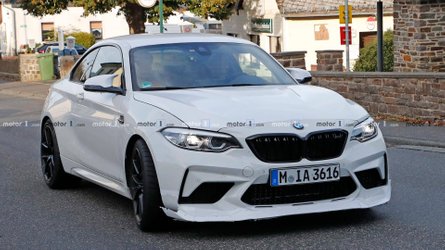 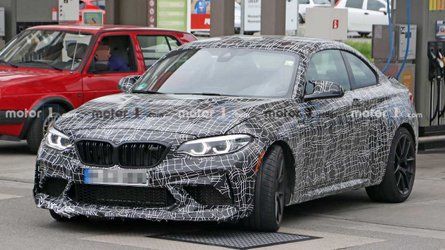 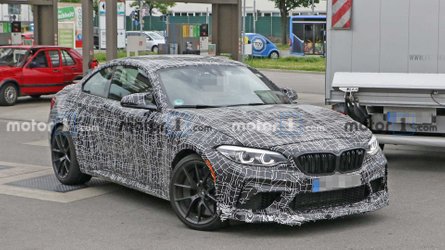 Carsales points out the M2 CS will effectively spell the end of the M division’s reputable S55 engine as the new S58 that debuted in the X3 M / X4 M will serve as its replacement and it’ll also power the next M3 / M4. Expect the M2 CS to be offered for roughly 12 months before being retired to make room for a next-gen 2 Series, which will be followed by another M2 around 2022. Unlike the new front-wheel-drive-based 2 Series Gran Coupe, BMW has confirmed repeatedly the true coupe and its cabrio counterpart will stick to the RWD recipe.

As a final note, the M2 CS is not the only Clubsport model on BMW’s agenda as recent spy shots have revealed an M5 CS is in the works. Meanwhile, the M2 CS will premiere early next month and might come to the Los Angeles Auto Show.