Hopefully, The Genesis GV70 Will Look That Good 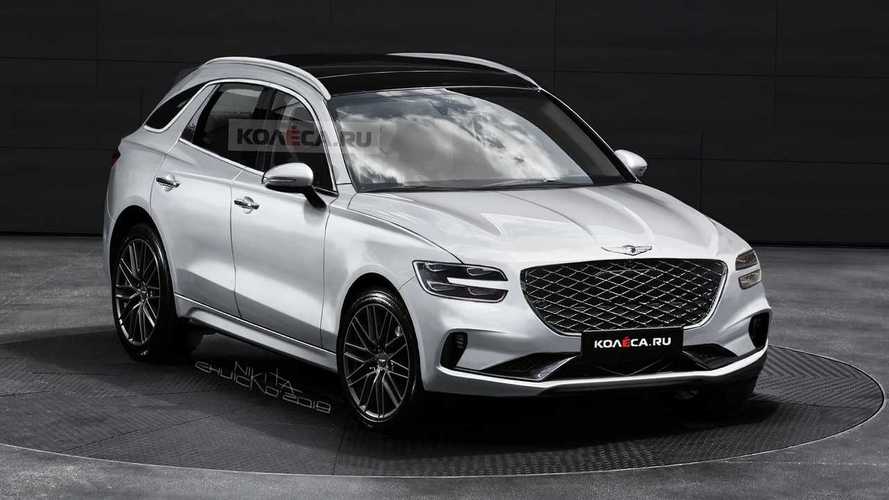 The Korean X3 rival is shaping up quite nicely.

Earlier this month, we got our first glimpse at the future Genesis GV70 crossover through a batch of spy photos. These depicted a heavily camouflaged prototype, which was used as a foundation for new renderings by our friends and colleagues at Kolesa.ru.

These virtual drawings propose a stylish design for the premium high-riding vehicle, which appears to be inspired by the Maserati Levante, at least at a glance. That’s especially visible at the back where the sloped roofline and the fixed roof spoiler give the South Korean SUV a sporty appearance. In contrast to its Italian rival, however, the GV70 has one extra window at each side, which helps it build its own personality.

The front end may look a bit too busy but that’s mainly due to the mesh pattern of the radiator grille. In reality, this plastic piece should be a lot easier on the eye and should give the model a more upscale look. We can’t be entirely sure about the form and shape of the bumper as the camouflaged prototype is not revealing a lot about this particular detail.

If this rendering is anything to go by, the Audi Q5, BMW X3, and Mercedes-Benz GLC competitor from Korea should be a very interesting alternative to the established mid-size SUVs. It was already confirmed for a launch in time for the 2021 model year so we are probably 12 months or so away from its official debut.