2020 Corvette C8 Gets Its First Lego Build, Probably Not Last 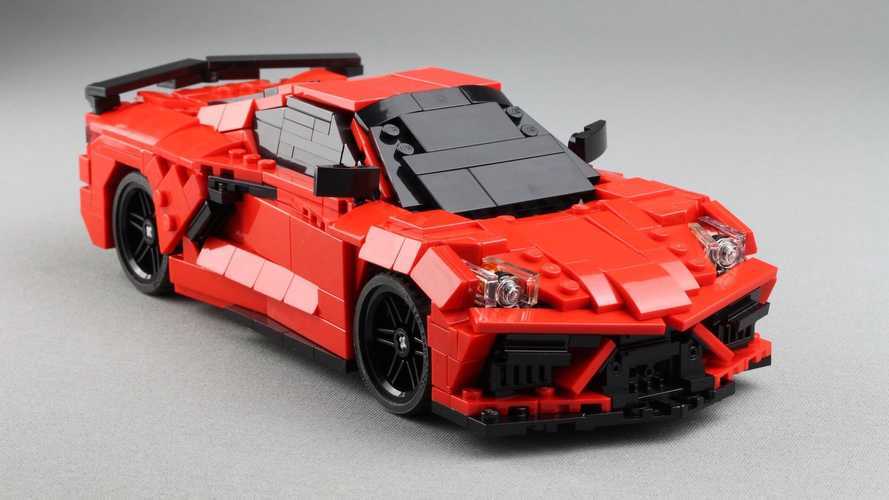 Plus a set of step-by-step instructions from the maker himself.

The 2020 Corvette C8 is probably one of the most popular cars this year. Its performance figures matched with an affordable price tag warrant the attention that it has been getting since its reveal. The problem is, those who would like to get their hands on one will have to wait until next year since Chevrolet will commence deliveries in 2020.

If patience isn't your strongest suit, well, there's this – 1:20 scale of the Corvette C8 made out of Lego bricks. This isn't made out of pre-fabricated brick, though. This Lego build by Lasse Deleuran isn't an official Corvette C8 set but with regular bricks, rather.

As mentioned, this is a 1:20 scale Lego build but it has no moving parts, except for the wheels, which look good, by the way. It's a laudable effort, though, since it's virtually made from scratch. It doesn't have a declared number of parts, but a parts list was shared by Deleuran at Brick Hub.

Some transparent parts of the build are hard to find, such as those used for the headlamps, but the folks over at Brick Hub suggested to use white parts instead. There are also several gray parts used but you're free to use any color for these parts since they're not visible from the outside.

Other Lego Builds You Might Want To Check Out:

Another detail that we like about this Corvette C8 is the engine bay that can be seen from the outside using a transparent part for the rear windshield.

If you're interested to build your own Lego mid-engine Corvette, there's a step-by-step instruction over at the Brick Hub. You can also see the details of the build on the video below.