A hotter XT4-V may still be underway, though.

The world will never run short of Cadillac V-Series models, at least with the company's low riders. If you want a high-performance Caddy crossover, well, this isn't the news that you would want to read right now.

According to a report by Cadillac Society, sources that are familiar with the company's future plans said that performance versions of the XT5 and XT6 are ruled out in their current generations. This means the two XT brothers won't be having hotter versions soon, especially that the XT5 has just been given an update this year.

With that said, those who are looking to buy either the XT5 or the three-row XT6 are left with two options. Luxury and Premium Luxury trims get the entry-level turbocharged 2.0-liter inline-four as their engine, which makes 237 horsepower (174 kiloWatts) and 258 pound-feet (350 Newton-meters) of torque.

Those who would need more oomph can opt for the naturally-aspirated option. The 3.6-liter V6 engine, an option for Premium Luxury trim and standard for Sport variant, produces a healthy 310 hp (228 kW) and 271 lb-ft (367 Nm) torque.

Both engine options are mated to a nine-speed automatic transmission, with the Sport trim having an all-wheel-drive system.

If You Want A High-Performance Caddy Crossover, Then Turn Your Attention To The XT4: 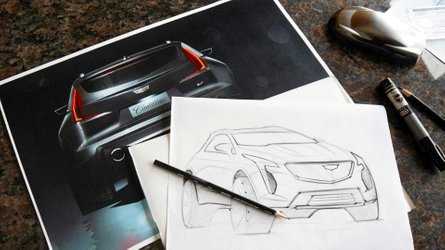 There's a bit of hope though for those wanting a high-performance Caddy crossover – the XT4.

According to previous reports, a more potent XT4 is underway, more likely carrying the V-Series badge. It's currently powered by the same turbocharged 2.0L of the XT5, but the reports suggest that the 310-hp (231-kW) turbocharged 2.7L inline-four from the new Chevrolet Silverado (internal code L3B) will be used in the XT4-V (of XT4 V-Sport).