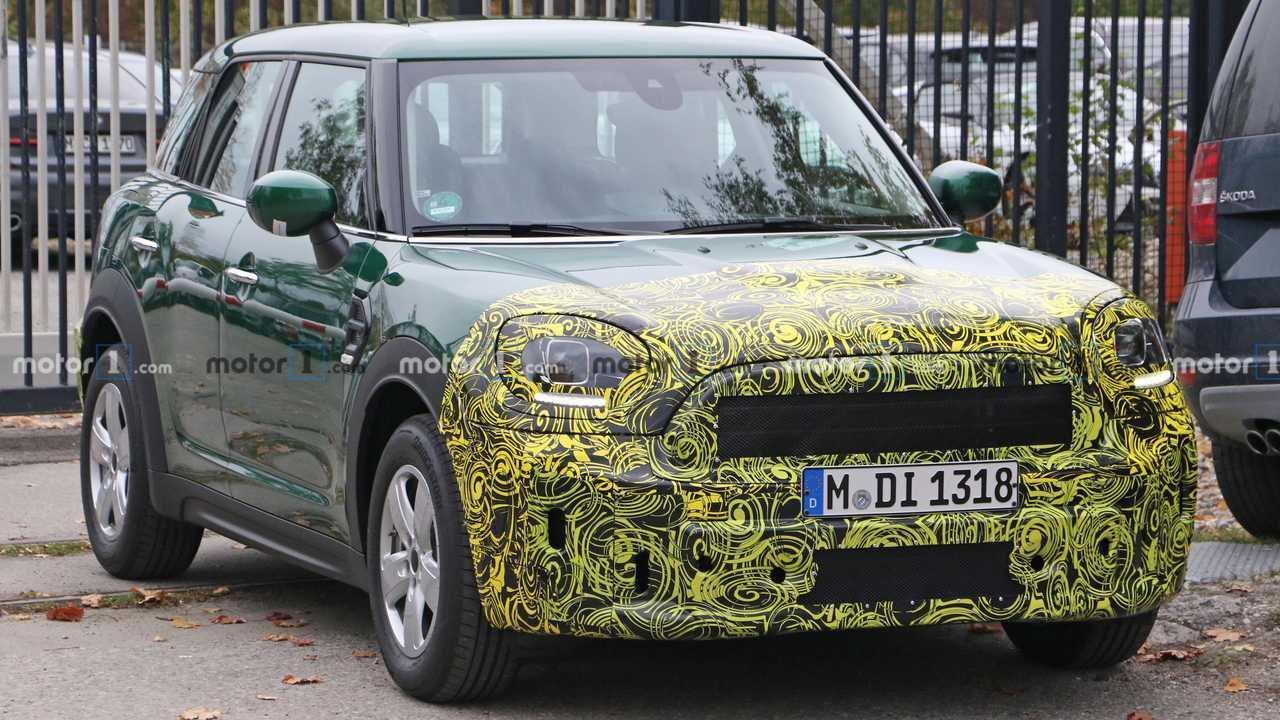 The front end shows the most significant design tweaks and even those changes are fairly minor.

The Mini Countryman has a facelift on the way, and these photos catch its development. Beyond a different front end and rear, there's not much of an aesthetic overhaul for the model's exterior.

In front, the revised design's focus appears to focus on rounding off some of the edges from the existing Countryman.  The changes include softening the points around the headlights and grille. The camouflage conceals the tweaks to the lower fascia, but the inlets seem to be about the same size. Adaptive matrix-beam LED headlights would allegedly be available on the refreshed model.

The camo does a much better job of hiding the design tweaks at the back. The lamps in the taillights have a different shape and appear to have the Union Jack styling from other Minis.

While not visible here, our spies report that the upgraded Countryman has a revised interior that includes a larger infotainment screen. Small styling tweaks are possible, too

The Latest News From Mini:

The powertrain range shouldn't change much for the refreshed Countryman. The current offerings go from the 102-horsepower (76-kilowatt) 1.5-liter three-cylinder to the lineup-topping Countryman JCW with 301 hp (224 kW). The hybrid variant recently received an upgrade that boosted the battery to 10 kilowatt-hours and increased the electric driving range to about 35 miles (57 kilometers) – a 30-percent improvement.

While the changes don't appear extensive, the current speculation puts the refreshed model's debut in the second half of 2020. It should be on sale in the United States for the 2021 model year.