Maserati Alfieri Rendered With Concept Cues Ahead Of 2020 Launch 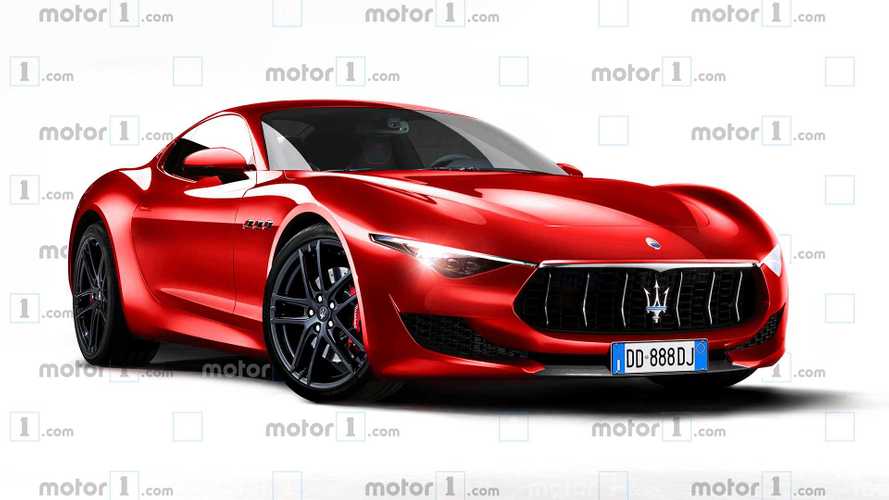 The upcoming Alfieri will be an ultra-powerful, Italian-built coupe that could look something like this.

The relaunch of Maserati started with the Levante and Ghibli. But it reaches another milestone in 2021 with the debut of a sporty, compact SUV – lovingly dubbed the “baby Levante” at the moment. But a new supercar is also on the way, which could help reinvigorate the storied Italian brand’s sporting nature.

The new Maserati Alfieri (name unconfirmed) will be shown at next year’s Geneva Motor Show, beginning on March 5th, 2020. The GranTurismo and GranCabrio’s production lines in Modena will be converted for the production of the new coupe by the end of this year. For the time being, though, the Italian company hasn’t released much information. But in order to get an early glimpse at the potential production model, our rendering artists drew inspiration from the 2014 concept (bottom right), and brought the potential production version to life – digitally, at least.

The basis of our rendering is the gorgeous Alfieri concept. But using the latest information and details surrounding the road-going model, our concept is updated with some necessary production cues. Farewell to the concept’s wheels with the fanciful blue detail stretched between the hub and the rim. Instead, this rendering wears more traditional wheels with five double spokes, as well as larger mirrors for road use.

The production Maserati supercar will also have a different side treatment, with additional detailing on the lower part of the wheel arches and door panel. We also replace the standard Alfieri headlights with more-realistic LED units. However, it’s difficult to imagine changes to the hood and passenger compartment, which should be very similar to the concept.

The "Alfieri" could have another name when the coupe arrives in 2020, and the convertible version a year later. This car will be the key model for the re-launch of the Modena, Italy plant where a paint shop has already been set up. Modena remains the headquarters for the Maserati brand, with the Turin production center (Mirafiori and Grugliasco) dedicated to the construction of hybrids and electric cars, including the Ghibli, new GranTurismo, and new GranCabrio.

However, a zero-emission Maserati Alfieri will happen, given its presence in all of the company’s industrial plans, as well as the recent announcement of "updates on the Modena production line aimed at also hosting the electric version." There is some doubt surrounding the Alfieri’s gas engine, though. Starting in 2022, Ferrari will no longer provide its V6 and V8 engines to Maserati. We’ll know more about the upcoming Maserati supercar closer to its launch in 2020.