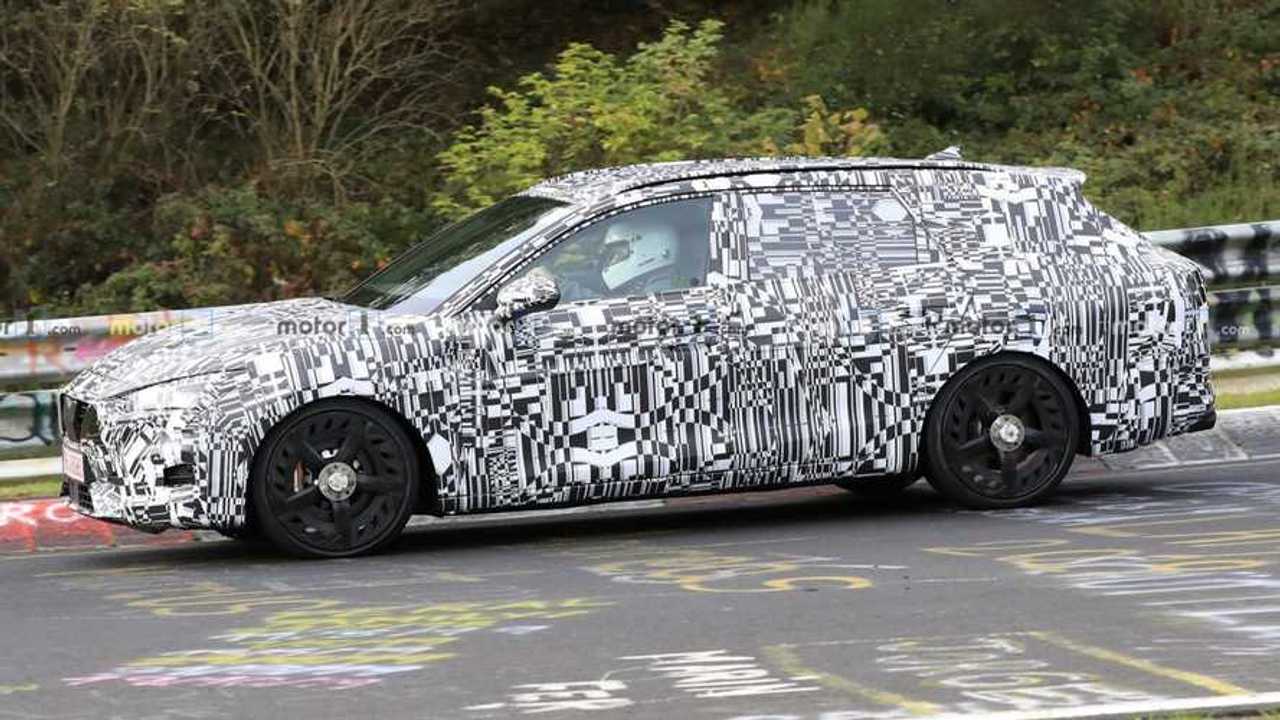 The speedy wagon is at least 12 months away from its debut.

There's certainly no shortage of spy content with the new SEAT Leon and its sportier sibling, the Cupra Leon. We’ve seen both the hatchback and wagon versions of that car testing on public roads, and our artists even took after the shots to create a plausible rendering of the production model. Now, the hot Leon returns in a new batch of photos, this time showing a long-roof prototype lapping the Nurburgring.

The second-generation Leon ST will be based on the new SEAT Leon, which is expected to arrive towards the end of this year. The Cupra versions will begin to arrive next year and we expect to see the hatch first, followed by the wagon during the second half of 2020. This prototype confirms the Spanish brand is still working on the model.

If you take a closer look, you'll notice all four wheels are equipped with some kind of additional sensors, suggesting the engineers are probably gathering additional data for further evaluations before the final fine adjustments are made. These hub sensors can’t hide the massive Brembo brakes on the front axle though.

Earlier this year, Cupra boss, Wayne Griffiths confirmed the regular Cupra Leon and Leon ST would get a 1.4-liter TSI engine teamed up with an electric motor for a combined output of up to 183 kW (245 hp). That’s a similar powertrain as the one used by the Cupra Formentor concept and an even more powerful system is expected for the R variants. Power could go above the 300-hp (224-kW) barrier but nothing has been confirmed so far.

Volkswagen just revealed the eighth-generation Golf and confirmed it will get GTI and R models. Obviously, the new Leon will also get hot factory treatment and we know for a fact a new Skoda Octavia RS is also in the cards. The three models share a common architecture and lots of identical components.