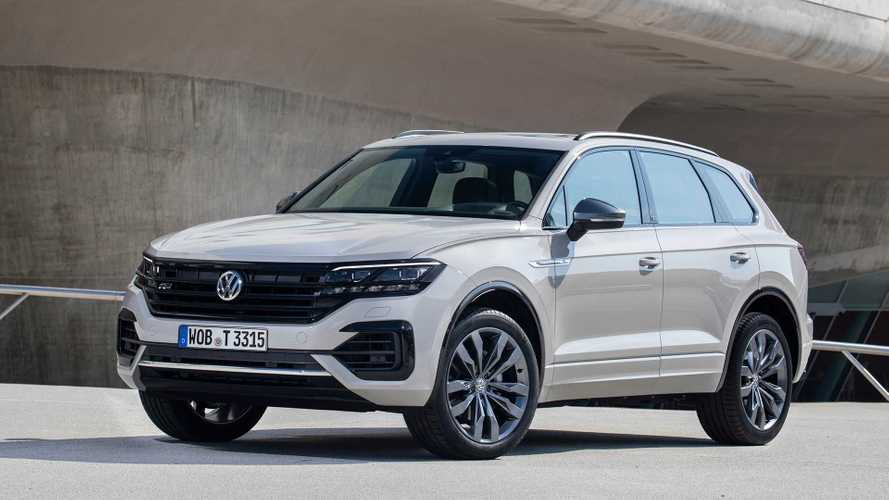 Expect a world reveal next year, but sales won't start before 2021.

Rumors of a Touareg R have been swirling around the Internet for quite a while, but it’s only now Volkswagen is officially announcing a high-performance version of its flagship SUV. The plot twist is represented by the company’s decision to install a plug-in hybrid powertrain, according to a statement made by the company’s sales and marketing boss, Jürgen Stackmann. Speaking with Autocar right before the world premiere of the Golf 8, Stackmann said the expansion of the “R” portfolio will kick off next year with “some Rs,” with the folks from Wolfsburg already announcing the Golf R is going to be introduced in 2020.

The Touareg in its spicy R flavor will also probably debut next year, but it’s unlikely to go on sale before 2021. It won’t be the first version of the large SUV to receive the “R” treatment as the German automaker sold the facelifted variant of the first-gen Touareg in an R50 guise with a massive 5.0-liter V10 diesel. It had 345 horsepower and 627 pound-feet (850 Newton-meters) of torque, which is still less than the new Touareg V8 diesel with its 4.0-liter rated at 416 hp (310 kW) and 664 lb-ft (900 Nm).

Will the next Touareg R also feature a diesel engine? That seems unlikely as a more probable candidate is a 2.0-liter gasoline engine four-pot working together with an electric motor. VW already has an electrified version of the SUV in China and will bring it to Europe pretty soon, complete with a combined output of 362 hp and 516 lb-ft (700 Nm). A tweaked version of the combustion engine could push the total output to somewhere in the region of 400 hp for the R model.

VW admitted a couple of years ago about working on a new turbocharged 3.0-liter V6 engine for a potential Arteon R with a little over 400 hp, and yet you still won’t find one at a dealer near you. That engine would probably be a good solution for the Touareg R as well, but we wouldn’t get our hopes up too high just yet.

VW's Crown Jewel Of The Lineup:

Touareg Is The Last Volkswagen To Get A V8 Diesel Engine

As far as the possibility of a fully electric Touareg R, Stackmann said it’s not a feasible solution at this point, but he admitted more electrified R-badged VWs are in the pipeline.