And will be limited to just 70 units.

Dutch specialty marque Donkervoort has a new flagship vehicle. It’s called the D8 GTO-JD70 and has been designed as a nod for the 70th birthday of the company’s founder, Joop Donkervoort. Based on the D8 GTO, the vehicle has many performance upgrades, making it capable of pulling “more than 2G of lateral acceleration in corners, even in its standard trim and on its standard tires.”

Powering the open-top supercar is an Audi-sourced 2.5-liter inline-five engine, modified to deliver 415 horsepower (309 kilowatts) and 384 pound-feet (520 Newton-meters) of torque. The upgrades include a completely rebuilt, Euro 6D-Temp-conformable exhaust system with a new catalyst system and new rev-matching software developed in cooperation with Bosch for downshifts and a full-throttle upshift mode. The five-cylinder engine is mated to a five-speed manual gearbox and a new limited-slip differential.

Other mechanical improvements include a stiffer suspension with adjustable anti-roll bars at each corner and three-way adjustable shock absorbers. Significant aerodynamic revisions, including a redesigned nose and a new wheel design, lead to 176 pounds (80 kilograms) of additional downforce at the rear axle and 110 lbs (50 kg) of front downforce. The total curb weight of the car is below 1,542 lbs (700 kilograms) thanks to the extensive use of carbon-fiber, as well as a new and lighter battery and lighter carbon-fiber seats. 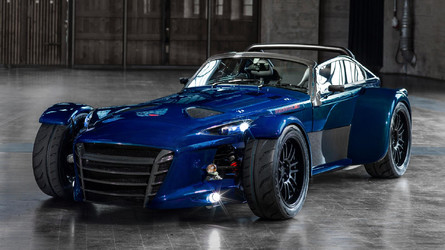 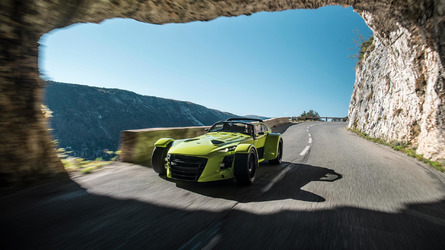 Donkervoort says the new D8 GTO-JD70 is suitable for both road and track use, and promises it has avoided electronic assistance systems as much as possible to maximize the “challenge, involvement, and purity for its drivers.” Given that, the lack of power steering shouldn’t really come as a surprise but the integration of a three-mode traction control system seems somewhat surprising.

Donkervoort is already accepting orders for the new model, which will be strictly limited to 70 units. Prices start at €163,636 before taxes, which is about $182,000 at the current exchange rates. Deliveries will kick off in the spring of 2020.