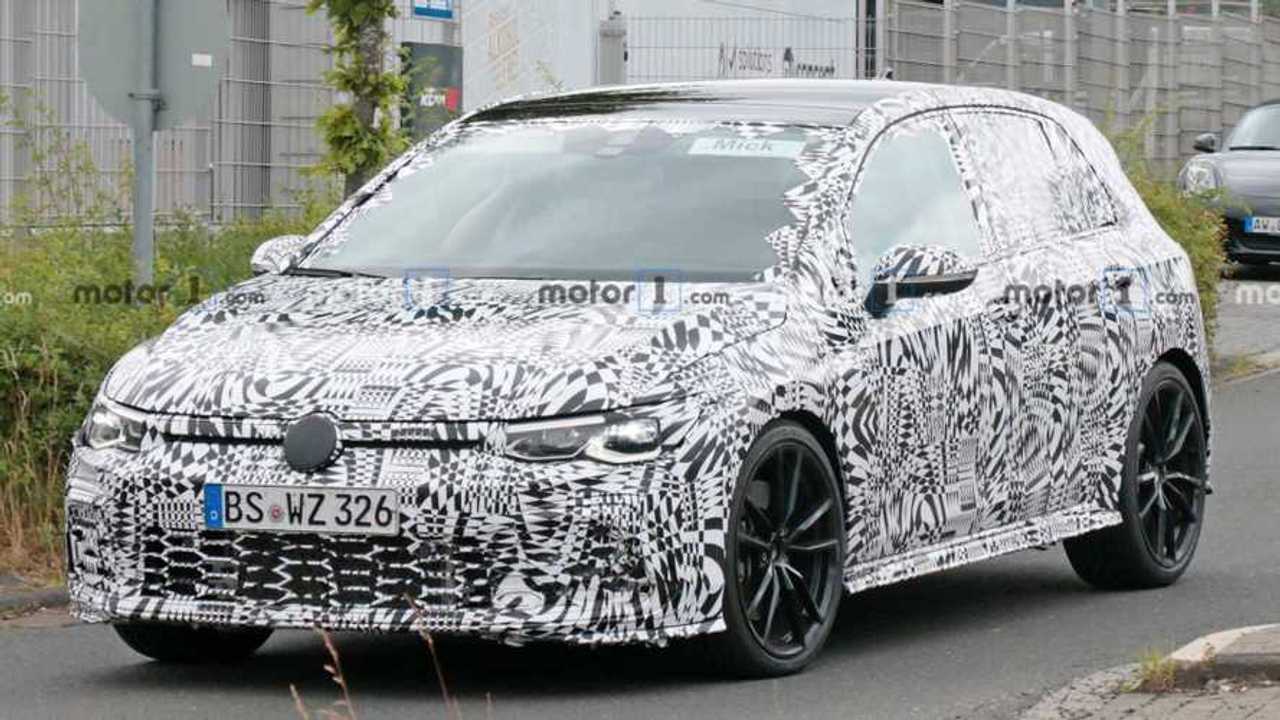 The most powerful of them all will have over 300 horsepower.

Volkswagen has announced to come out with the big guns quite early in the Golf 8’s product lifecycle as a total of four performance versions will all be released at some point in 2020. We’ve known for a while about the GTI and R, but we’re quite surprised to hear the track-focused GTI TCR will also be introduced next year. Perhaps even more interesting is the fact the diesel GTD will live to see another generation, proving once again the VW Group still has a soft spot for diesel engines even in the aftermath of the messy scandal.

The plan to come out with a quartet of hot hatches in 2020 was made in the lengthy press release published by VW for the regular Golf 8: “Over the course of the next year, the independent Golf GTI, GTI TCR, Golf GTD, Golf GTE and Golf R models will follow.” That’s all the Wolfsburg company is willing to reveal for the time being, but we’re hoping the GTD and R models will once again be offered as wagons since some people need more cargo room than the hatchback offers.

In the same press release issued for the Golf 8, VW mentions the most powerful version will have over 300 horsepower. It goes without saying they’re talking about the all-wheel-drive R model, which has been confirmed to receive a 2.0 TSI engine. Jost Capito, head of VW's performance cars, revealed earlier this year the flagship Golf is going to be “fantastic” and will up the power ante, but without going into any further details about what that output number may be. He also said a drift mode akin to the Ford Focus RS or Mercedes-AMG A45 is not on the agenda, nor do the engineers plan to install a four-wheel steering system.

We’ve been hearing rumors of a spicy Golf R Plus with anywhere between 380 and 400 horsepower, but nothing is official at this point. The 2015 Golf R400 concept was supposed to go into production with more than 400 horses, but it never happened. A possible prototype of what was to be called the R420 was spotted more than a year ago at the Nürburgring undergoing testing, but VW ultimately decided against building it.

As far as the GTI is concerned, camouflaged prototypes have been captured on camera repeatedly at the Nürburgring. Now that the regular Golf is out, it’s not all that difficult to imagine how the front-wheel-drive performance version is going to look like taking into account VW is known for making only subtle sporty upgrades for its hotter cars.

Much like the Golf R, the new GTI is also expected to be more powerful than the outgoing model. It is believed the already confirmed turbocharged 2.0-liter gasoline engine will be massaged to deliver 250 hp in the base model and almost 290 hp in the GTI TCR. The latter will allegedly become a permanent trim level to replace the GTI Performance instead of being a special edition like it has been the case with the Golf 7.

In regards to the GTD we rarely get to talk about, it will be powered by what VW refers to as a “Performance TDI” engine. Its output is not known at this point, but surely it will have more than the 150 hp offered by the 2.0 TDI available for the regular Golf 8. As a refresher, the outgoing performance diesel model offers 184 hp and an ample 280 lb-ft (380 Nm) of torque and we’re not expecting any major changes in regards to power, but efficiency will be up and emissions down.

Some would say VW already revealed today a performance version of the new Golf with the unveiling of the plug-in hybrid GTE. It packs a healthy combined output of 245 hp from a 1.4-liter TSI engine working together with an electric motor and a six-speed DSG. It won’t set any records at the Nordschleife, but it should offer a nice blend of performance and efficiency for those who don’t want the GTD.

As a final note, it’s worth mentioning that only the GTI and R have been officially confirmed by VW USA for the time being as the regular Golf is still under consideration.