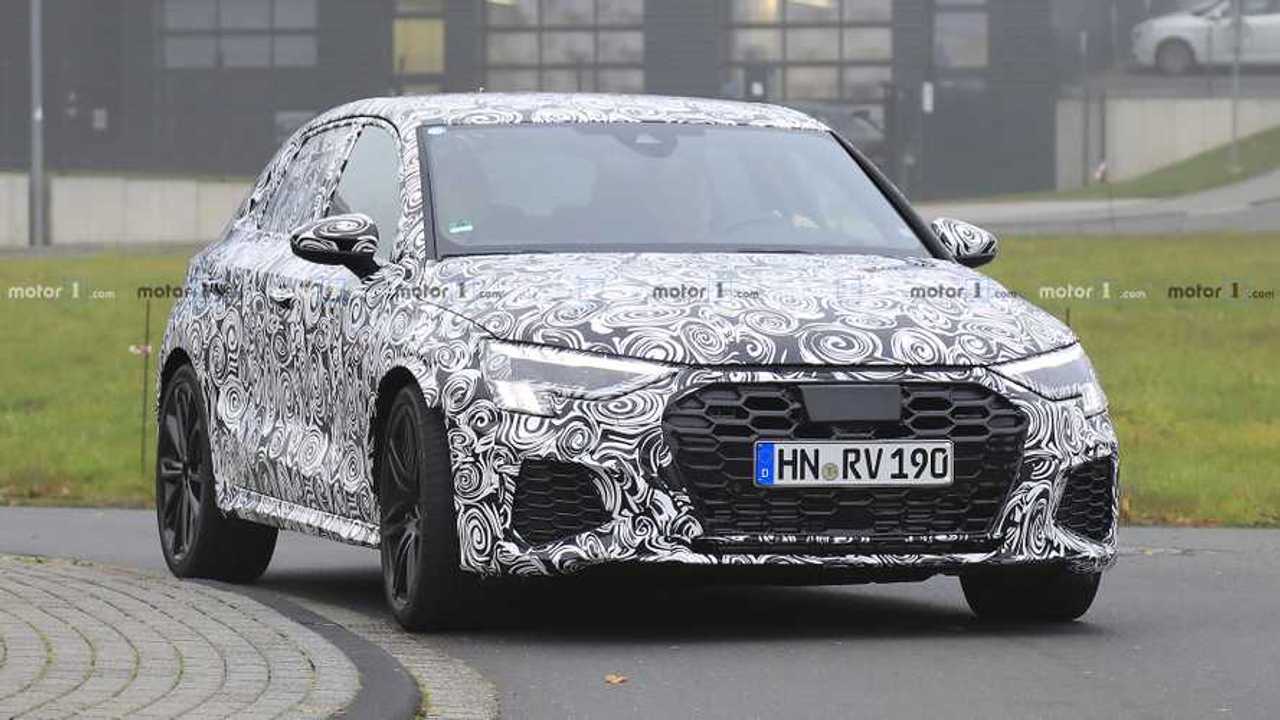 Expect it to arrive in the next year.

The Audi A3 is due for a redesign, and as goes the A3 so go the S3 and RS 3. The latter model marks the summit of Audi’s entry-level sedan and hatchback, and our spy photographers recently caught it roving the streets of Europe.

Predictably, the new RS 3 looks much like the upcoming A3 and S3 sedans and hatches we’ve caught testing previously. Boomerang-shaped headlights, thin LED taillights, and a well-defined crease that appears to run the length of the upper-body sides all look to evolve upon the styling of the current car.

Being an RS model, though, this hatchback takes the handsome details of its lesser and A- and S-badged siblings and sprinkles in a smattering of more aggressive styling details. Bulging fenders, an egg crate-style grille pattern, large side intakes on the lower fascia, and a pair of big oval exhaust tips (which, knowing Audi, could be fake) bring noticeable menace to the model – even when it's wearing a lot of camouflage.

The current RS 3's turbocharged 2.5-liter five-cylinder engine, which makes 394-horsepower and 354 pound-feet of torque in today’s car, will likely power the new car. That said, we expect Audi to dig out a few more ponies and pound-feet of twist from the engine, which will all-but-surely mate to a seven-speed dual-clutch automatic transmission that divvies out power to all four of the RS 3’s wheels.

Given the state of development of this prototype, we’d wager Audi will pull the wraps off the next-generation RS 3 within the next year, with sales likely going on sale shortly thereafter. We wouldn’t put our money on the RS 3 Sportback making its way to our shores, though. Instead, the RS 3 sedan will likely remain the sole body style for the model in the U.S.

Stranger things have happened, though, and it’s possible the new RS 3 will arrive in America as a hatchback. After all, we wouldn't have gambled on Audi sending the upcoming RS 6 wagon our way, either.