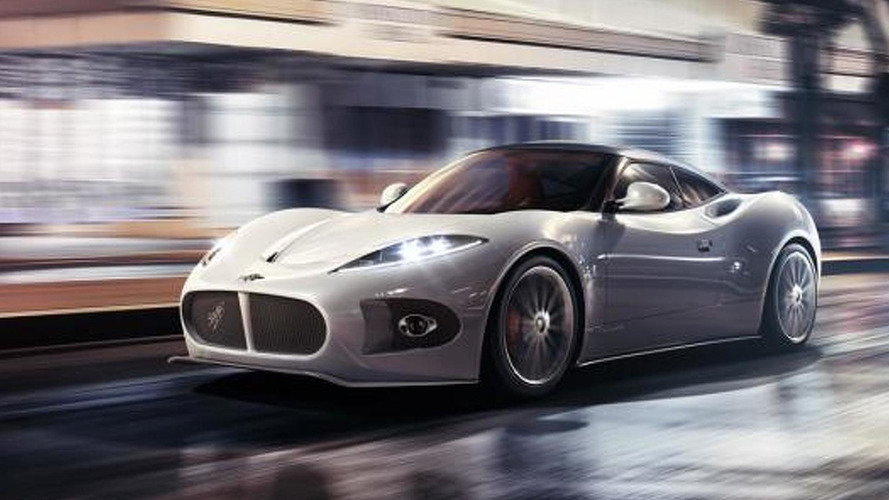 Spyker has reaffirmed plans to launch a production version of the B6 Venator concept. It is slated to go into production early next year.

Spyker has reaffirmed plans to launch a production version of the B6 Venator concept.

In a statement, Spyker CEO Victor Muller said, "The response at Geneva [Motor Show] was beyond our expectations, so there is no doubt that we will be producing the Spyker B6 Venator." He went on to say "It is still too early to confirm production specifications. However, I can say that the final design will be very close to the Spyker B6 Venator concept."

As we have previously reported, the sports car is named after the Latin word for "Hunter" and recalls the Spyker Hunter aircraft from the early 20th century. While it bears a striking resemblance to the Artega GT, the B6 Venator is distinguished by an aggressive front fascia, an aircraft-inspired canopy and afterburner-inspired LED taillights. The concept also had a bespoke interior with premium leather upholstery, turned aluminum trim and aircraft-inspired instruments.

Spyker has been coy on details but the concept featured a lightweight aluminum chassis and a carbon fiber body. The model also had a mid-mounted V6 engine that produced more than 375 HP (276 kW).

The B6 Venator is scheduled to go into production in early 2014 and will be available in Asia, Europe, India and the Middle East. Following the initial roll out, the Venator will come to America in the fall of 2014 and sell for approximately $150,000.