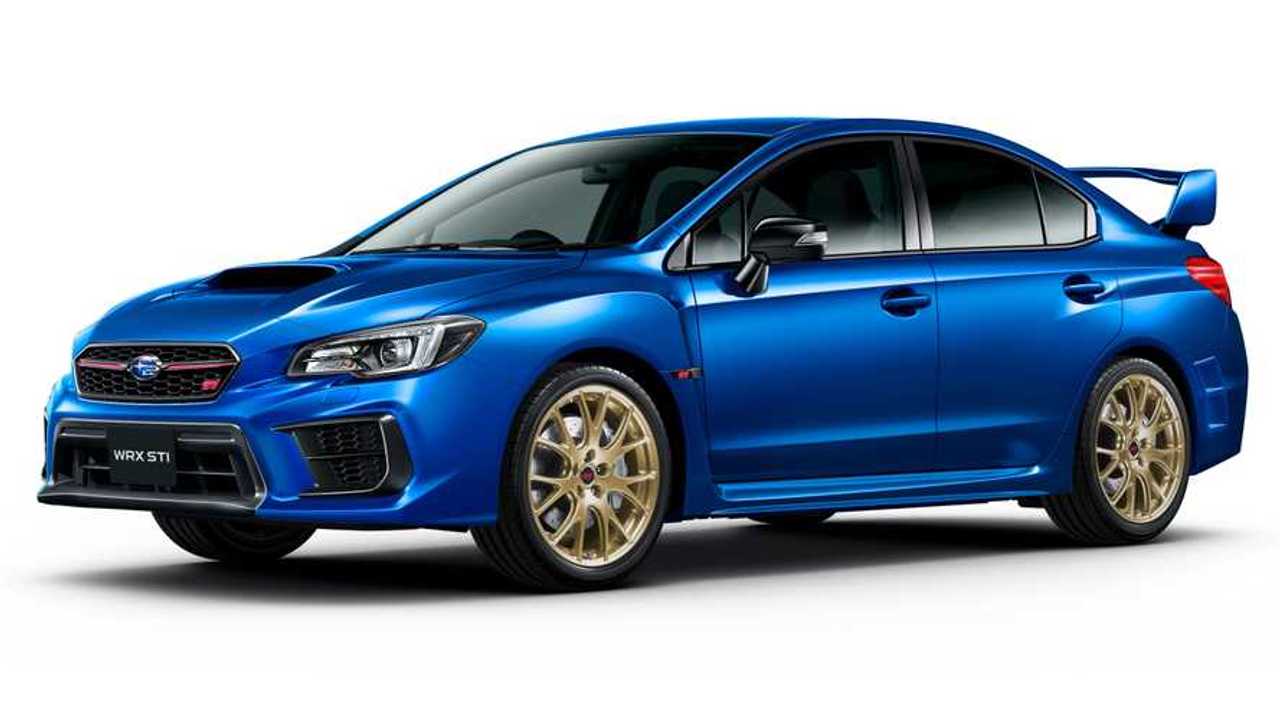 Debuting at the Tokyo Motor Show as a Japan-only special edition limited to 555 cars.

Previewed about a month ago, Subaru’s swan song for the EJ20 engine has made its first public appearance today on the dawn of the Tokyo Motor Show where it shares the spotlight with the new 2020 Levorg prototype. The flat-four mill made its debut back in 1989 on the JDM-spec Legacy and has since powered a variety of Subie models with or without forced induction.

The last hurrah for the horizontally opposed EJ20 is represented by a special-edition WRX STI based on the Japanese-market Type S model. The turbocharged 2.0-liter unit pumps out 304 horsepower (227 kilowatts) and 422 Newton-meters (311 pound-feet) of torque channeled to both axles through a six-speed manual gearbox as the car gods would’ve wanted.

From the glorious 19-inch BBS gold wheels backed by Brembo brakes to the STI bits inside and out, there’s a lot to like about the EJ20 Final Edition. Well, maybe except for the fact it will remain a Japan-only affair. There are more changes than meets the eye as Subaru has also tweaked the engine, clutch, and flywheel, along with adding a generous amount of safety equipment.

Subaru Reportedly Teaming Up With Toyota For Next-Gen WRX

Subaru will make only 555 examples of the EJ20 Final Edition at a starting price of ¥4,110,000 (nearly $38,000 at current exchange rates). It will stop taking orders from customers for the WRX STI speedy sedan in Japan on December 23 as a result of ending retiring the engine.

It is believed the next-generation WRX will be unveiled before the end of 2020 and it’ll quite possibly have a smaller engine. The aforementioned Levorg wagon is due to go on sale next year with a newly developed 1.8-liter turbocharged engine, which may or may not find its way underneath the WRX’s hood.