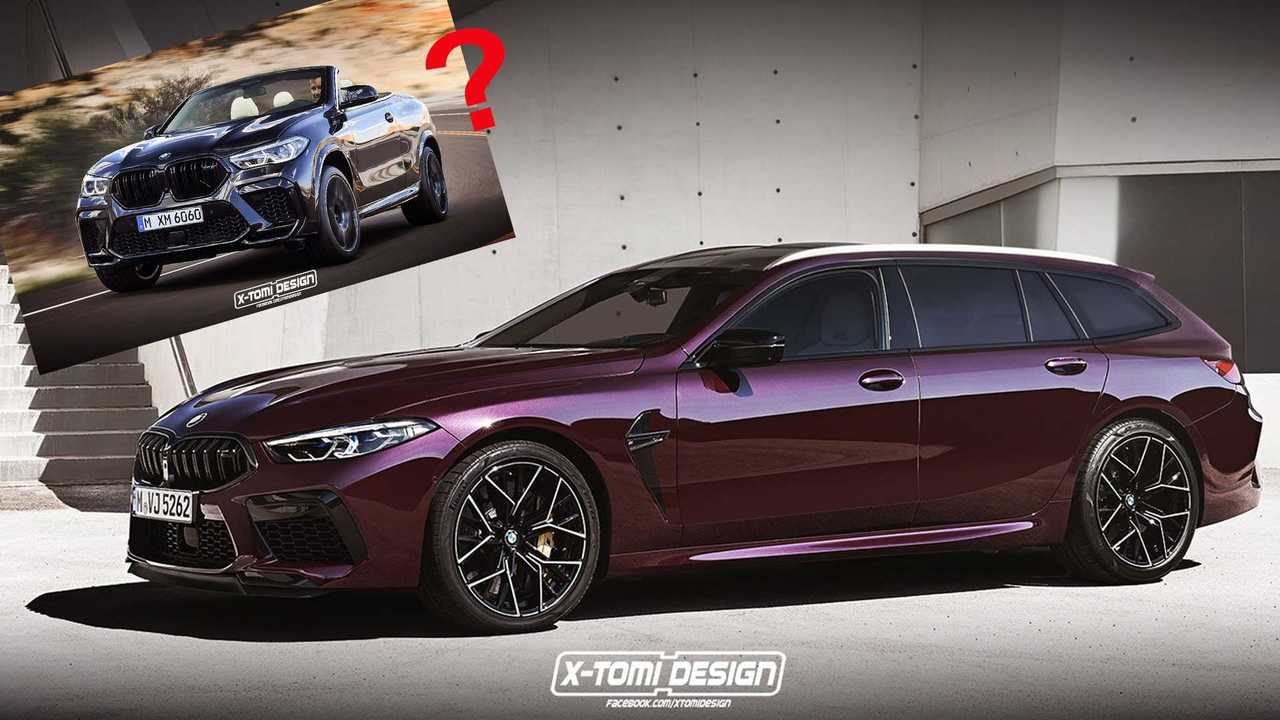 Much of the talk about BMW lately has revolved around the impending arrival of a positively massive grille, as previewed on the Concept 4 back at the 2019 Frankfurt Motor Show. It was such a shock that it overshadowed the debut of the M8 Gran Coupe just a few weeks ago, and that’s saying something because the big fastback sedan isn’t unpleasant to look at. And with up to 617 horsepower (460 kilowatts) available under the hood, it’s not slow either. The huge grille overshadowed the X5 M and X6 M debut as well, but that’s something we’ll touch upon in a minute.

For now, we’re grateful that X-Tomi Design on Facebook has other ideas for BMW that doesn’t involve the huge double kidney. In fact, imagining a big M8 Touring with its long-roof lines is downright inspirational. We’d love to see such a mad scientist creation come from BMW designers in Munich, and to take it a step further, add a fold-flat, rear-facing third-row seat in the cargo area like the glorious station wagons of yesteryear. Who wouldn’t want to hit a buck eighty on the Autobahn while belted backward in the rear seat, staring out the back window? Yeah, that would probably be the person interested in buying this.

X-Tomi Design also exercised a bit of creativity on BMW’s latest high-performance crossover, and well, it’s a high-performance crossover without a roof. This has been done a handful of times by other automakers, though we’re looking particularly at the Range Rover Evoque as inspiration for this offering. It’s not terrible by any means, but we’ve yet to see a convertible crossover that wasn’t awkward to behold at best. At least this take on a topless X6 M doesn’t have the gargantuan grille.

Embrace Your BMW Fantasy, Or Nightmare:

What’s your take on these BMW-themed creations? The likelihood of either happening ranks up there with flat-earthers being right, but we’d almost accept an ice-mountain-around-the-world theory in exchange for that long roof M8.