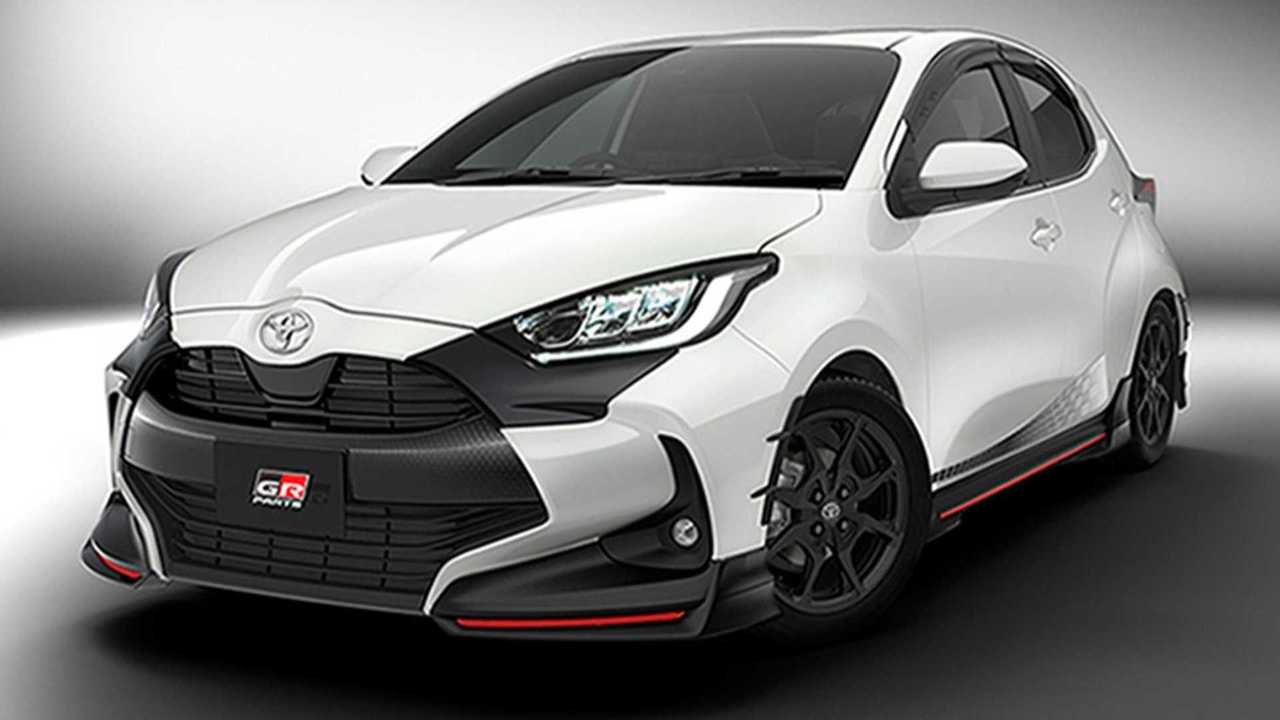 If you want a Yaris with a meaner look than Toyota already has options ready.

Toyota's TRD and Modellista aftermarket component divisions are already showing off body kits for the new Yaris. The company isn't offering details about the styling upgrades yet, and it's not clear whether the automaker intends to sell them outside of Japan.

The TRD kit gives the Yaris a far more aggressive look, but it might be a little too much for the five-door hatchback. The pieces add black trim below the headlights and around the fog lights. A red stripe runs along the car's lower edge. A small piece of trim incorporates tiny canards in front of the wheels. Black trim surrounds the windows. It rides on a set of eight-spoke wheels.

The Modellista kit is far more subtle and doesn't look too much different from the standard Yaris. The notable changes include a front splitter, more prominent trim at the corners of the fascia, and side sills. This Yaris rides on wheels with a polished face and dark details.

The 2020 Yaris in Japan is different than the Mazda2-derived model available in the United States. The new hatchback rides on the B platform version of the Toyota New Global Architecture. Pwer comes from either a 1.0- or 1.5-liter three-cylinder engines, in addition to a hybrid version of the 1.5-liter mill. On the inside, there's a large infotainment screen on top of the center stack, and Toyota offers an available 10-inch head-up display.

Toyota intends to launch multiple performance versions of the new Yaris that should have the power to fit an aggressive look like the TRD kit. New Yaris GRMN and GR Sport models are likely. A more hardcore variant taking direct inspiration from the WRC rally car is also under consideration.