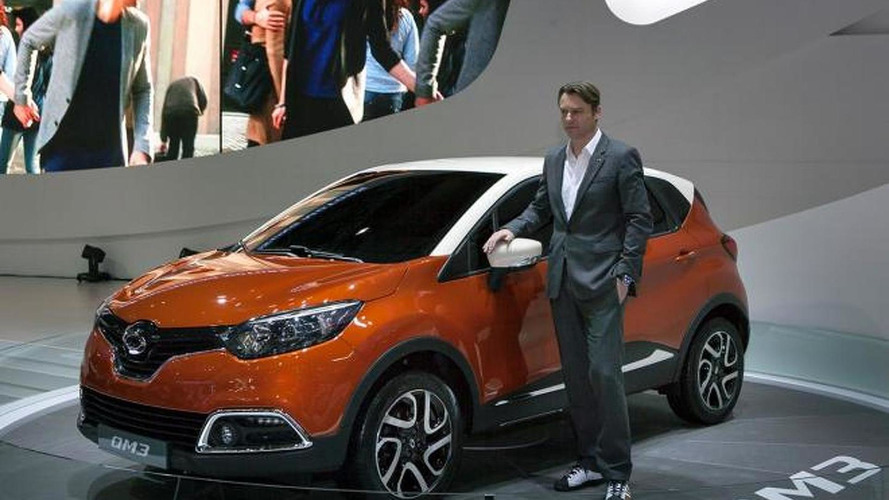 Renault-Samsung has introduced the QM3 crossover at the Seoul Motor Show. It's essentially a rebadged Renault Captur.

Renault-Samsung has introduced the QM3 crossover at the Seoul Motor Show.

Essentially a rebadged Renault Captur, the QM3 promises to be a stylish and comfortable alternative to traditional B-segment vehicles. As such, it has a sporty exterior with sweptback headlights, a rakish windscreen and a sloping roofline. We can also see a contrasting roof and numerous chrome accents.

Interior pictures were not released, but the model will likely have a customizable cabin that can be equipped with chrome, ivory, orange, green or blue accents. We can also expect colorful upholstery and a boot that can hold up to 455 liters (16 cubic feet) of luggage

Engine options remain a mystery, but the Captur is available with the TCe 90, TCe 120 and dCi 90. Depending on which engine is selected, the crossover is equipped with a manual transmission or an EDC dual-clutch gearbox.

The Renault-Samsung QM3 will go on sale in the second half of the year, so expect to learn more details in the coming months.