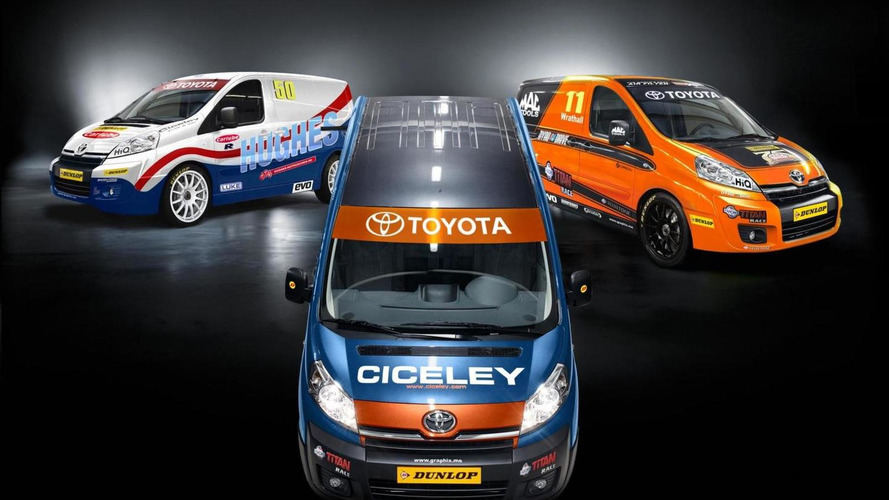 The Toyota Proace will take part in the 2013 British Touring Van Championship. Three teams will use the van.

The Toyota Proace will take part in the 2013 British Touring Van Championship.

Three independent touring car teams will use a race-prepared Toyota Proace for this season. Championship spokesman Gideon Gleman says thanks to Proace's capabilities of carrying up to 1.2 tons in its 7m3 loadspace, teams can transport all the necessary equipment in the van, without the need of catering wagons or trucks.

The Toyota Proace underwent an in-depth test program and its handling has been tweaked through "24-hour lane-switching maneuvers on the M62." Further testing will be conducted next month at the Nürburgring, before its racing debut scheduled for July when the season starts.