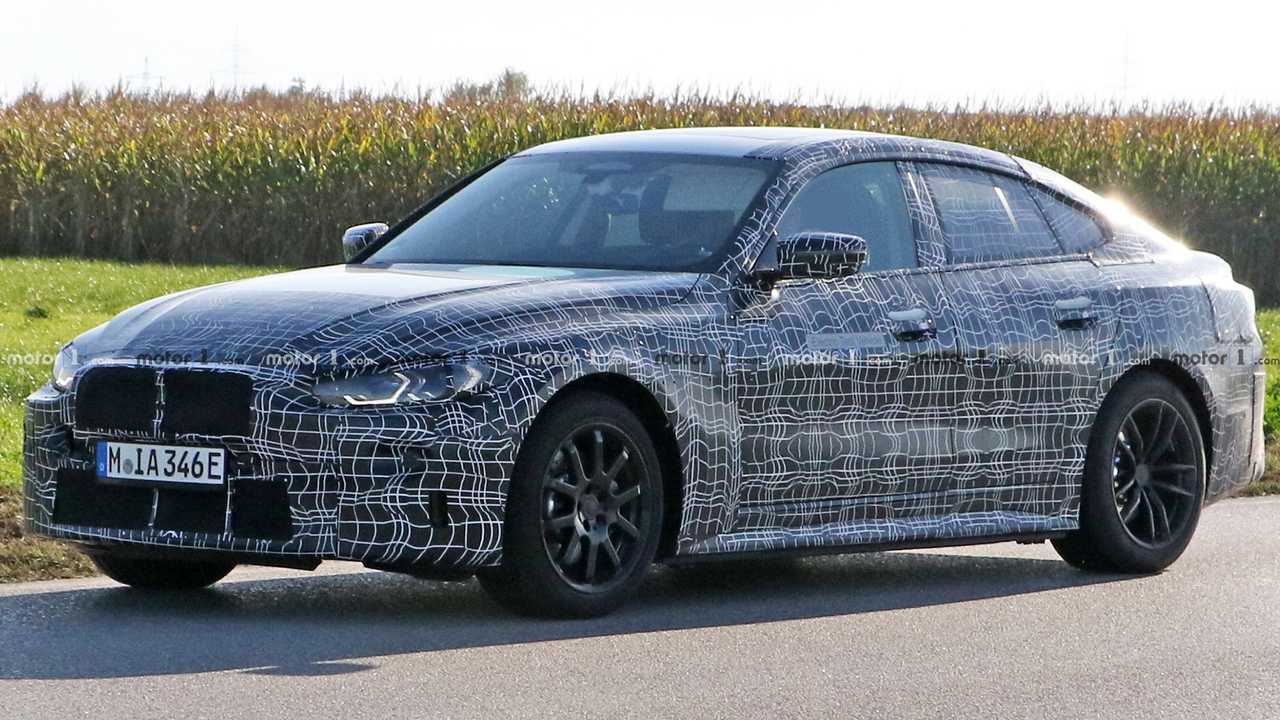 The i4 will be BMW's electric sedan to challenge Tesla.

The BMW i4 is the brand's forthcoming electric sedan, and these spy shots provide a fantastic look at its development. While the brand intends to the model to take styling cues from the I Vision Dynamics concept, but the overall appearance seems to take a lot more inspiration from the next-gen 4 Series Gran Coupe.

The i4 now wears the production headlights with sharp-edged running lamps inside of oval-shaped lights. The company still conceals the grille, so we can't see whether it follows the brand's current design language of fitting vehicles with massive openings there.

In profile, the i4 looks identical to the 4 Series Gran Coupe development vehicles from other spy shots. There's an arching roofline that creates a sleek rear without appearing to compromise rear passenger headroom too much.

At the back, BMW puts coverings over the taillights. Because this is an electric vehicle, there are no exhaust pipes.

The i4 reportedly rides on BMW's modular CLAR platform. The company would offer it in multiple powertrain configurations. Customers could allegedly select between 60- or 80-kilowatt-hour battery packs and rear- or all-wheel-drive layouts. Expect a driving range of less than 300 miles (483 kilometers).

The latest info indicates that the i4 makes a debut at the 2021 Frankfurt Motor Show in September before going on sale later in the year. This could mean a lot more opportunities to see the EV in spy shots before the vehicle finally has an unveiling.

BMW's EV range will also expand soon with the introduction of the iNext SUV in 2021. It'll ride on a new modular platform and will have tech capable of Level 3 autonomous driving.