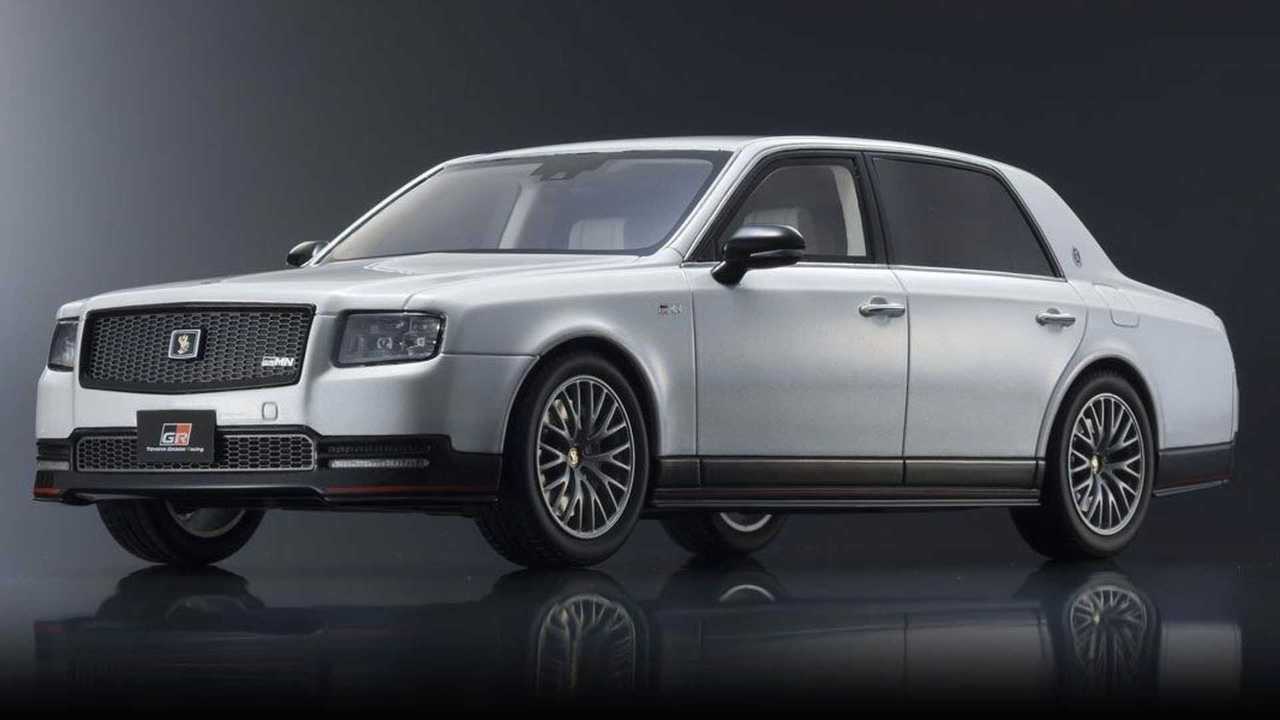 The company behind this diecast model is only making 700 units of the Century GRMN.

The production numbers for the Toyota Century GRMN are a mystery, but all info suggests they are incredibly rare vehicles. We know of company boss Akio Toyoda's white example and the black one from the 2019 Osaka Automesse. Now, there's a chance for you to own one because Kyosho is making a limited run of 700 white Century GRMNs as 1/18 diecast scale models. The asking price is 19,800 yen ($182.40 at current exchange rates).

Without knowing this is a diecast model, the company photos could make this look like a real Century GRMN. The proportions are perfect and include the vehicle's special touches like a honeycomb mesh grille and a revised body kit with black details around the lower edge. A subtle carbon fiber spoiler sits on the trunk lid.

The interior of the model is full of intricate details. Tiny gauges, buttons, and screens are all visible through the windows.

The Toyota Century Is The Japanese Rolls-Royce Phantom:

The Toyota Century Comes Bundled With A Dust Whisk

Toyota keeps details about this machine mostly a secret, but, according to Kyosho, the real-world Century GRMN features an air suspension with a different setup from the standard model. It rides on a set of Yokohama Advan Sport V105 tires that wrap around 19-inch forged BBS wheels.

The powertrain for the Century GRMN is a complete mystery. It reportedly uses the same 5.0-liter V8 with hybrid assistance from the standard variant. Rumors indicate that the output is higher than the usual 425 horsepower (317 kilowatts), though.

The Century is available only in Japan and is Toyota's range-topping product there. The engineering puts an emphasis on keeping the rear passengers comfortable, including giving them a separate screen for controlling the 20-speaker audio system, climate, and the seats. The vehicle costs 19.6 million yen ($180,595), and the company makes just 50 of them a month.