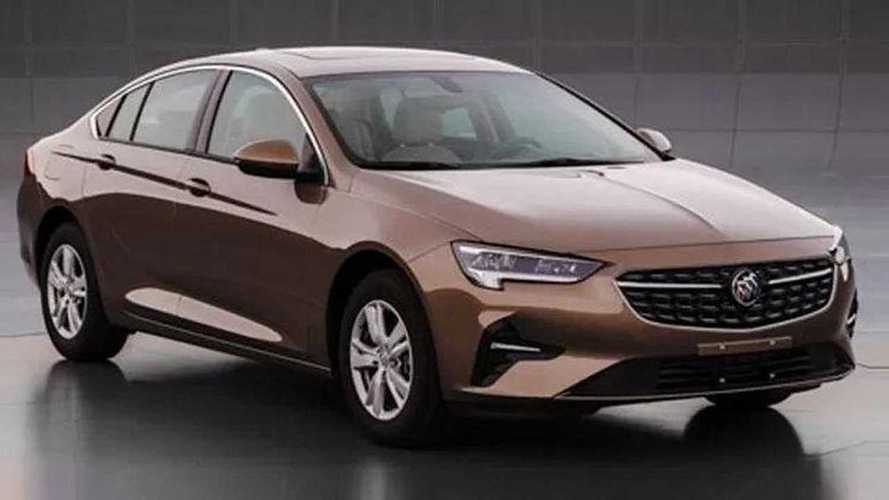 China’s Ministry of Industry and Information Technology (MIIT) is a great source to find images of new cars, but in most cases, these are only relevant to the People’s Republic. It’s an exception here with the 2020 Buick Regal as we’re expecting the updated CN-spec model to be sold in other parts of the world with just about the same styling changes.

Several grainy images have been posted on the MIIT website to fully reveal the exterior design changes the Buick Regal / Opel Insignia will be going through pretty soon. The 1980s beige color and small wheels are not doing the midsize liftback any justice, but the hotter GS (GSi in Europe) does look a lot better courtesy of its sporty upgrades.

The most obvious change compared to the current Regal is noticeable at the front where the headlights now have a protrusion at the outer edge of the cluster that might make you think of an outgoing Audi A3 or a pre-facelift A4. It was noticeable on the camouflaged prototypes we’ve spotted earlier this year, so we’re not actually surprised about the change in shape. The all-new Corsa supermini has adopted similar "eyes."

Buick also made some other changes at the front where the grille now a mesh pattern and a slim chrome bar while the air intakes have been reshaped and incorporate a thin piece of LEDs. There’s not much to say about the back, other than the more rectangular designs of the exhausts hosted by a virtually identical rear bumper.

All things considered, we’re basically dealing with a typical mid-cycle revision, but one that’s not likely to lure in more customers as people are flocking to crossovers to the detriment of sedans and hatchback. A similar revision will be applied to the more practical wagon body style known in Europe as the Insignia Sports Tourer and its rugged Country Tourer counterpart (TourX in the U.S.).

Some changes inside the cabin are expected, but nothing to write home about. From the little info available at this point, the 1.5-liter turbo engine of the Chinese version will be dropped for a smaller 1.3-liter mill while the 2.0-liter is going to be carried over.