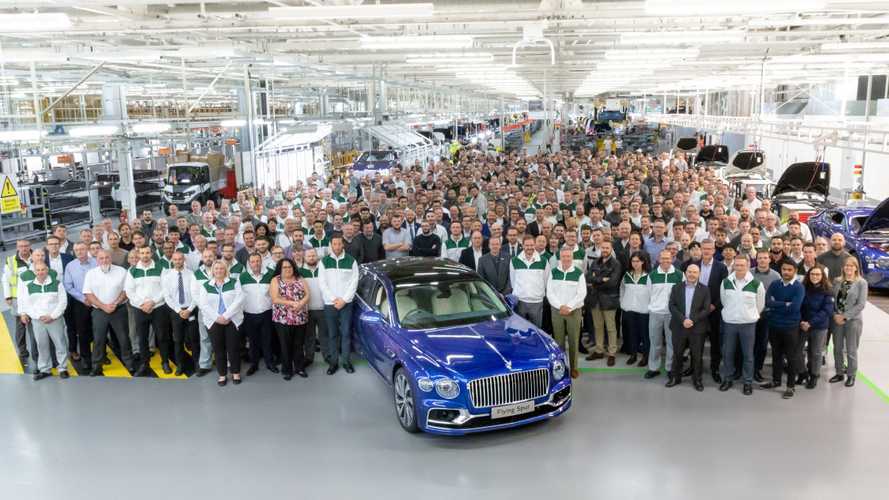 The third-generation car is Bentley's most advanced ever.

Production of the latest iteration of the Bentley Flying Spur has got underway at the luxury manufacturer's famed Crewe HQ.

How The Engine Is Made:

The latest Flying Spur is the most advanced Bentley to-date, and it underwent over a million miles of testing before it went into production. 142 prototype vehicles completed running in 18 countries across four continents and in conditions that ranged from -34 oC to +48oC;(-29.2 oF to +118.4 oF) at altitudes from 61 meters (200 feet) below sea level to 4,300 meters (14,107 feet) above.

A further 1.65 million miles (equivalent to circling the world 41 times) were simulated on rigs to assess the chassis components.

"The new Flying Spur is a leap forward in combining state of the art high technology with a modern ultra-luxurious interior and exterior," said Peter Bosch, board member for manufacturing at Bentley. "Every single example is an artisanal piece of art, handcrafted using the finest, authentic materials and surfaces that are unmistakably Bentley. The car truly delivers the duality of sports sedan agility and contemporary limousine refinement."

During its build, more than 200 people at 84 different stages work of the hand assembly of the Flying Spur. The car perfectly combines the high-performance GT credentials of the Continental GT with the luxury limousine qualities you would typically expect from a Bentley. 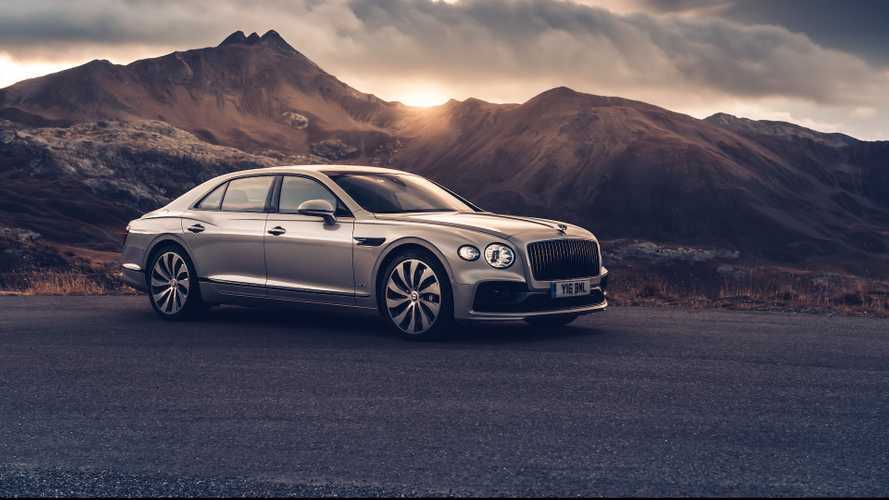 (Crewe, October 16, 2019) Bentley Motors has confirmed that production of the all-new Flying Spur, the ultimate luxury Grand Touring sedan, is now underway, with the commencement of deliveries set for early 2020.

Handcrafting of the first customer orders is taking place at Bentley’s factory headquarters in Crewe, England, following completion of over one million miles (1.6 million kilometres) of development testing. The third generation of the marque’s Grand Tourer offers the perfect fusion of performance-orientated agility and exclusive four-door, limousine-style comfort.

Peter Bosch, Board Member for Manufacturing, Bentley Motors, said: “The new Flying Spur is a leap forward in combining state of the art high technology with a modern ultra-luxurious interior and exterior.

“Every single example is an artisanal piece of art, handcrafted using the finest, authentic materials and surfaces that are unmistakably Bentley. The car truly delivers the duality of sports sedan agility and contemporary limousine refinement.”

The most advanced Bentley ever built, and in a sign of the exacting levels of attention to detail, nearly 200 people handcraft every Flying Spur through 84 different assembly stages at the company’s factory in Crewe.

The Flying Spur has been completely reinvented for 2019 to showcase a more purposeful and emotional design. Hand-built in Britain, the ultimate luxury Grand Touring sedan’s athletic stance benefits from an extended wheelbase, while a retractable Bentley ‘Flying B’ mascot features for the first time on a modern-day Flying Spur.

The cabin is unmistakably Bentley, with contemporary design lines flowing from the new wing-themed fascia through the passenger areas. Optimal comfort and style are delivered by completely new-design fluted leather seats, which feature diamond quilting for the Mulliner Driving Specification, while three-dimensional diamond quilted leather doors inserts are a world first.

In the front, the unique Bentley Rotating Display is the central feature of an exquisitely crafted dashboard, while the centrepiece of the rear seat experience is a state-of-the-art detachable Touch Screen Remote Control that can operate all the major functions.

The application of light plays an integral part in the Flying Spur experience, with a panoramic glass sunroof that stretches the full length of the roof and an innovative multi-configuration mood lighting system both available. Three superlative audio systems, including a range-topping 2,200W Naim system, will equally satisfy those seeking the ultimate aural thrill.

The all-new Flying Spur leads the way in the luxury car segment for state-of-the-art, innovative technology. A wide range of Advanced Connectivity features are available, as are cutting-edge driver assistance systems such as a Night Vision infra-red camera, Traffic Assist and a Head-Up Display.

The new Flying Spur is powered by an enhanced version of Bentley’s 6.0-litre, twin-turbocharged W12, which sets the benchmark in performance, agility and dynamism for the segment. Mated to an advanced dual-clutch eight-speed transmission, it has a top speed of 207 mph (333 km/h), and a 0-60mph time of 3.7 seconds (0-100 km/h in 3.8 seconds).

Testing of the ultimate luxury Grand Touring sedan has seen Bentley’s all-new Flying Spur cover over one million miles (1.6 million kilometres), and has involved the use of 142 prototypes and pre-production cars.

The Flying Spur has toured 18 countries across four continents; in temperatures ranging from -34 oC to +48oC; and at altitudes from 61 metres below sea level to 4,300 metres above.

The all-new Flying Spur is the most advanced Bentley ever built, and the nature of the assessment process was indicative of the remarkable attention to detail that has gone into its development.

Reliability and usability were analysed in over 507,000 miles (816,000 km) of testing on public roads, while 200,000 miles (322,000 km) were driven on proving grounds to validate components and systems. A total of 1.65 million miles (equivalent to circling the world 41 times) of simulated durability testing of the chassis components was conducted either using test rigs or on the road.