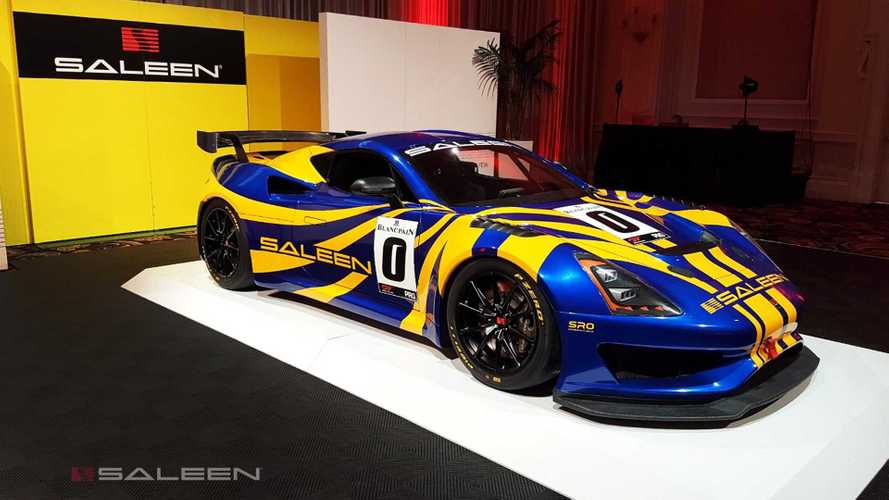 After the homologation process, it's expected to have a price tag of $225,000.

Following the impressions that the Saleen 1 supercar has left us n 2017, Saleen Automotive has unveiled a new concept race car that is to compete in GT4 racing series worldwide. Dubbed as the Saleen GT4 Concept Race Car, the new track car is set to resurrect Saleen's reputation in GT racing.

The Saleen GT4 Concept is highly based on the road-going Saleen 1, although the company gave it distinct updates in order to comply with the GT4 series specifications.

First off, the GT4 Concept gets new front splitter and fenders, as well as an advanced rear diffuser to improve aerodynamics. A large rear wing is added for maximum downforce and traction, per GT4 specifications. The GT4 concept car also has front and rear anti-lock braking systems and other GT4-specific equipment.

Behind the two seats, the track-only concept inherits the same turbocharged 2.2-liter four-cylinder engine that churns out 450 horsepower (336 kilowatts) and 350 pound-feet (474 Newton-meters) of torque. It gets the lightweight chassis and carbon fiber bodywork, as well, which are defining features of the Saleen 1 supercar.

Saleen Automotive Is Back In Black With 35th Anniversary Mustang

"We developed the Saleen 1 to be fully capable on the track and easily adapt to racing applications," said Steve Saleen, CEO and founder of Saleen Automotive. "Our company was founded on racing DNA and the track is where we prove our reputation. We look forward to completing the homologation process with SRO and seeing these cars compete at GT4 events around the world."

The Saleen GT4 race car is currently completing the SRO homologation process and once done, it should have an expected price of $225,000 for each example.