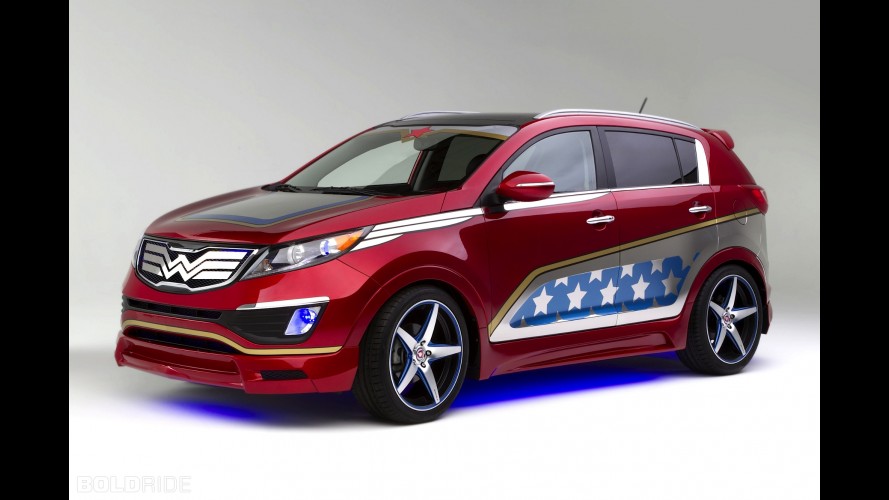 Kia is presenting in New York a Wonder Woman-themed version of the Sportage. Built for DC Entertainment's "We Can Be Heroes" charity.

Kia is presenting in New York a Wonder Woman-themed version of the Sportage.

It adopts a red/blue exterior paint scheme with silver stars and a gold trim. The company's tiger nose has the familiar eagle chest-plate emblem of Wonder Woman, while her blue eyes are represented by the blue headlights. The windshield has been topped off with a tiara sticker.

It also has five-spoke alloys matching the stars on the body, as well as chrome side panels which represent her invisible jet. Inside it boasts blue LED accent lightning and red upholstery, with custom seats featuring an embroidered Wonder Woman logo. In addition, the cargo area is highlighted by an eagle and stars, as well as a see-through panel showing Wonder Woman's golden lasso, tiara and bracelets.

There will be an eight Justice League-inspired special model represented by a mix of all previous seven superheroes. All cars were built for charity to support DC Entertainment's "We Can Be Heroes" which provides aid to families in the Horn of Africa hit by famine and drought.