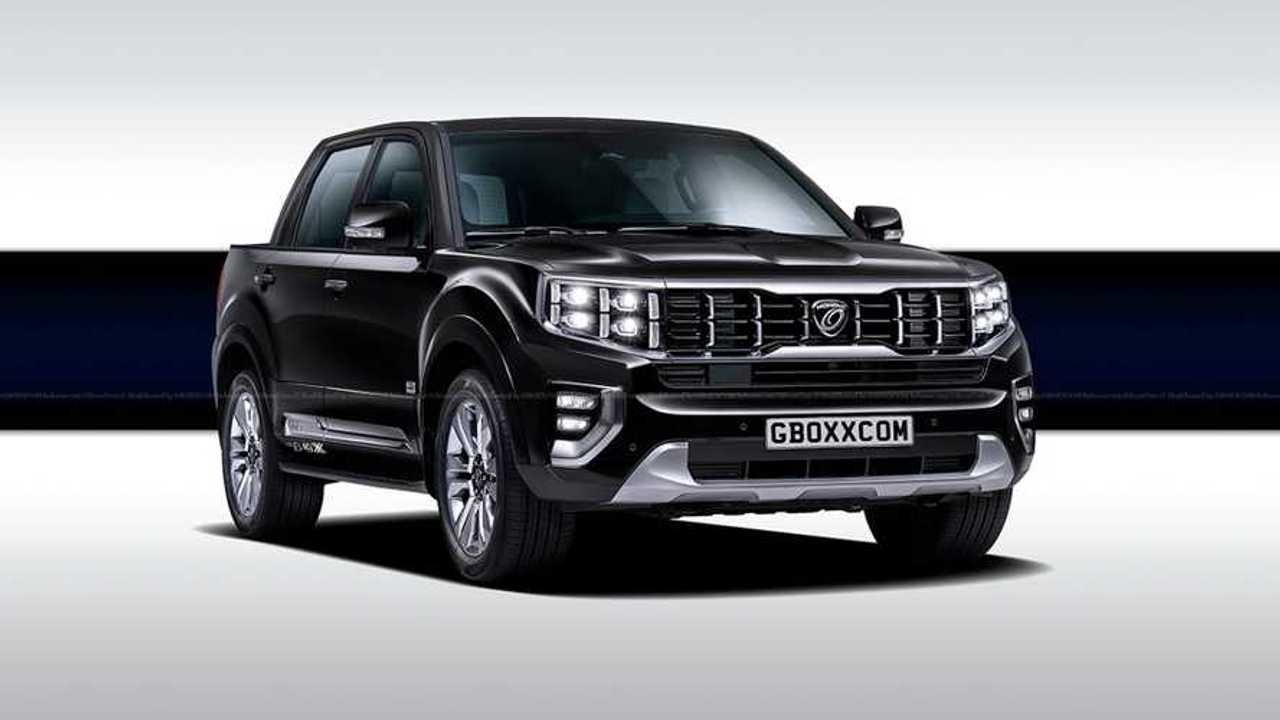 My that's a short bed you have.

Kia doesn’t build a big pickup, but maybe it should. The automaker has a new Mohave SUV coming soon, and its body-on-frame construction could lend itself well to a burly truck. We’re not the only ones thinking such thoughts, as evidenced by these renderings from Aksyonov Nikita at Behance.net.

A Kia Pickup Is Coming:

The approach here is simple but effective. Kia released a few official images of its new Mohave seven-passenger SUV in August; this creation simply deletes the third row and the roof covering it. In its place is a very small bed, which isn’t exactly practical from a pickup truck standpoint but never-the-less, it offers a bit of unencumbered external cargo capacity. Actually, it looks perfect for hauling a vintage Galaga cabinet arcade game, circa 1981. Not that we’re interested in such things. Well, maybe a little.

Shorter beds on full-size trucks aren’t uncommon, though trucks in the U.S. market at least offer a five-foot area behind the cab. If Kia were to develop a big crew cab pickup off the Mohave it would almost certainly have an extended wheelbase to accommodate a larger bed. Or, the Mohave’s greenhouse could be condensed to an extended cab configuration with smaller back seats. Another interesting idea might be a take on the gone-but-not-forgotten Chevrolet Avalanche, which had a short bed and a second row of seats that could be reconfigured to increase the truck’s cargo capacity.

Though it might seem unlikely, such a vehicle from Kia is a distinct possibility. The South Korean automaker has already confirmed a pickup truck is coming, and that it won’t be a “lifestyle vehicle” with unibody underpinnings. That rules out something based on the Telluride or Kia’s other SUV/crossover offerings, but that doesn’t mean a hacked-up Mohave is confirmed by any means. A new truck on the Mohave’s frame, however, could well be a thing.

The elephant in the room is that none of this applies to the U.S. market, where pickup trucks reign supreme. The Mohave will not be offered in North America, and Kia’s plan for a truck is relegated to the Australian market. That is, for now anyway.