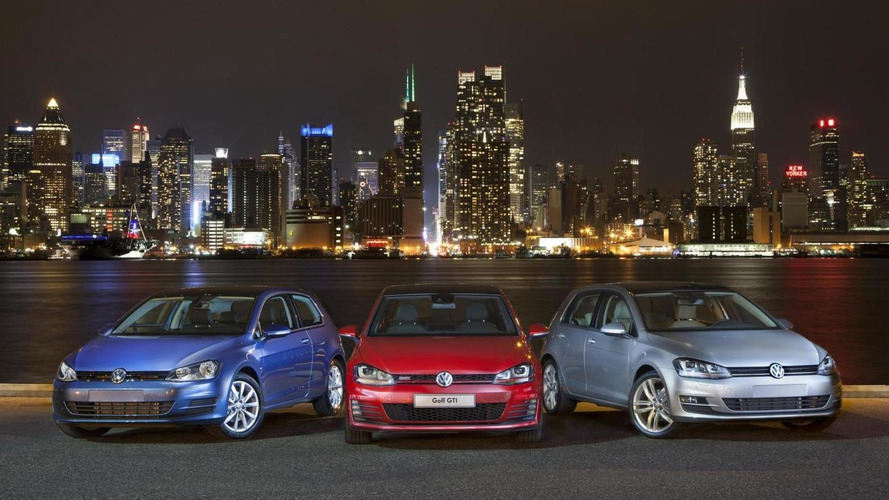 The seventh generation of the Golf has finally reached stateside and it's being showcased at the 2013 New York Auto Show.

The seventh generation of the Volkswagen Golf has finally reached stateside and it's being showcased at the 2013 New York Auto Show.

It will reach U.S. dealerships in 2014 and will be sold as a 2015 model year. It looks the same both inside and out as its European version and will be available with three engines and an XDS electronic differential lock promising better traction and handling.

The base model is equipped with a 1.8-liter, 4-cylinder turbocharged engine generating 170 bhp (127 kW) and 184 lb-ft (250 Nm) and can be linked to both manual and automatic gearboxes.

There's also a TDI Clean Diesel engine in the form of a 4-cylinder, 2.0-liter common-rail, direct-injection mill producing 150 bhp (112 kW) and 236 lb-ft (320 Nm). As standard it works with a 6-speed manual transmission but can be optionally linked to a dual-clutch DSG.

The hotter GTI version makes use of an uprated 2.0-liter TSI turbo with around 210 bhp (156 kW) and 258 lb-ft (350 Nm). It's mated as standard to a 6-speed manual but can work for more money with an automatic DSG. The Performance Pack will be available later on.

Full details are available in the press release section.