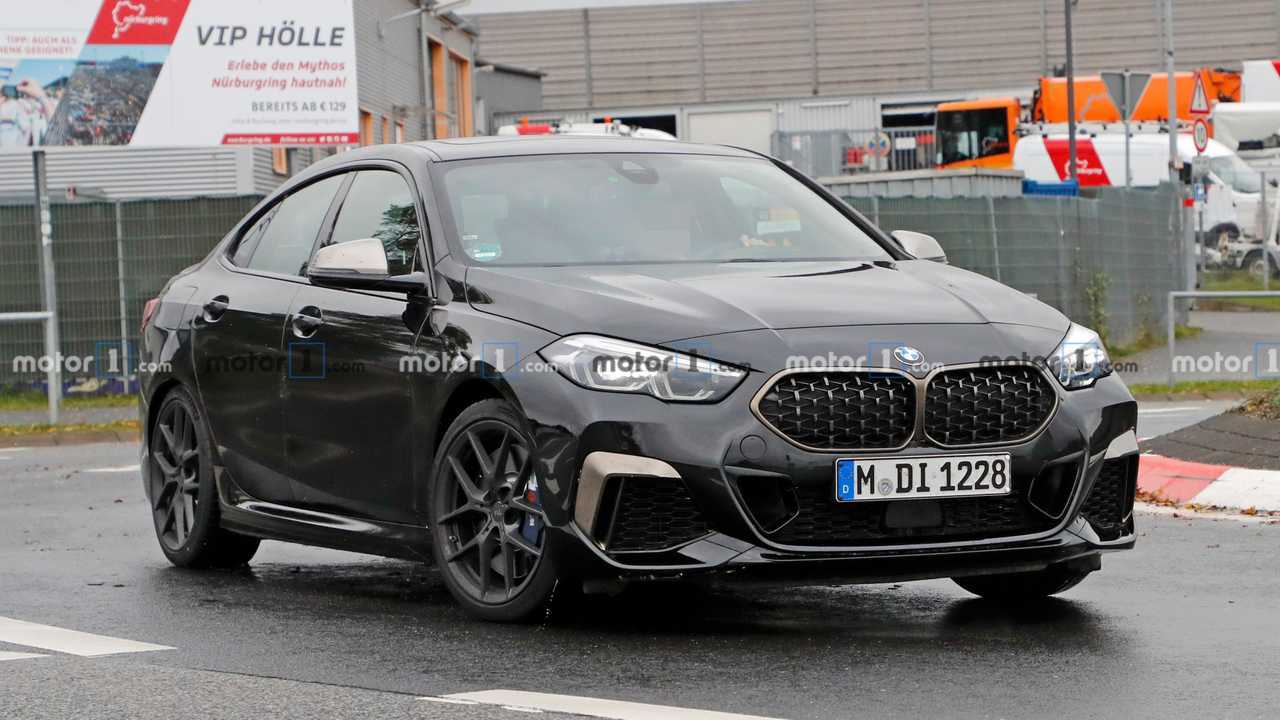 Does it look better in real life than in official images?

Having debuted earlier this week, the 2 Series Gran Coupe has finally lost the annoying camouflage BMW slapped onto its prototypes to conceal the car’s design. A near-production prototype was spotted by our spies undergoing final testing at the Nürburgring where the range-topping M235i variant was being evaluated ahead of an imminent production start.

We usually don’t publish spy shots of cars that have already been officially revealed, but we’re willing to make an exception for BMW’s baby Gran Coupe as we’ve been noticing the four-door 2 Series has been generating quite the controversy due to its design. The somewhat unusual pattern of the kidney grille is not something that we haven’t seen before as its M135i hot hatch sibling also has it, along with the M340i sedan and the Z4 M40i roadster. At the back, those vertical “vents” in the corners of the bumper are obviously fake, but at least the dual exhaust finishers are actually hooked up to the real thing.

There will be ways to spice up the 2 Series Gran Coupe furthermore courtesy of the optional M Performance Parts bringing an assortment of carbon fiber bits, fancy wheels, and an upgraded exhaust system. This appears to be the standard version of the M235i sedan, complete with enlarged air intakes up front and the Cerium Gray accents.

Going up against the Mercedes-AMG CLA 35, the M235i will be topped by a rumored M2 Gran Coupe to compete with the CLA 45 despite BMW saying it won’t do fully fledged M cars of front-wheel-drive-based models. Latest intel suggests the M2 GC will use the same six-cylinder engine as the two-door M2 and offer buyers the choice between a six-speed manual and a seven-speed, dual-clutch automatic transmission.

Meanwhile, the 2 Series Gran Coupe will celebrate its public debut in November at the Los Angeles Auto Show. BMW expects Europe to be the model’s main market with a third of the sales, followed by U.S. with 20% and China (available from late 2020) with 15%.