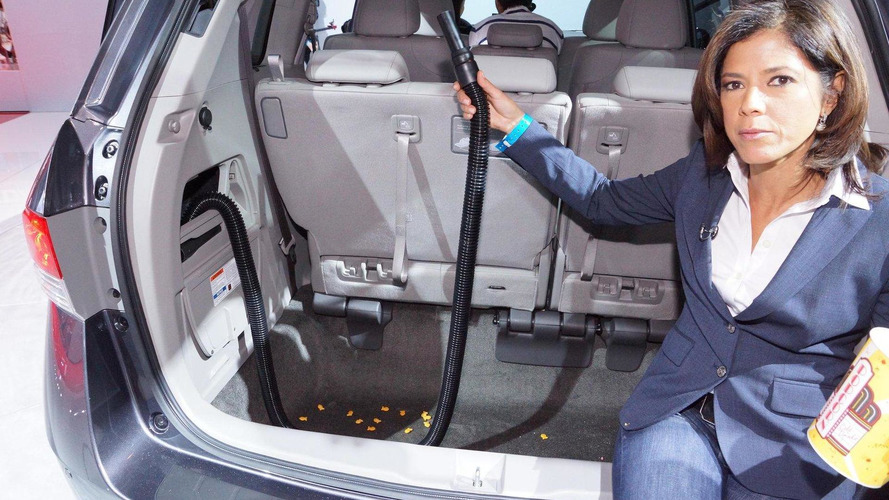 Honda has unveiled at NYIAS this week the slightly revised 2014 Odyssey.

The range-topping Touring Elite trim is fitted with a HondaVAC system which is basically an in-car vacuum cleaner. It doesn't need an outlet for recharging since it has an electric motor which means it can work without interruptions as long as the engine is running and it will continue to operate for up to 8 minutes after the engine is stopped. The Touring Elite is also equipped with Hondalink infotainment system sporting a seven-inch screen, push-button start, Lane Departure Warning and Forward Collision Warning system.

Honda says the refreshed Odyssey has a sleeker and more sophisticated appearance, but in reality the changes are minimal. Subtle revisions were made to the more sculpted aluminum bonnet, front fenders, twin-bar grille, as well as the lower front fascia which has chrome-trimmed fog lights. There are two-tone mirror housings, LED taillights bars, different badging and darker headlight housings.

They haven't mentioned anything about the engine which means it will probably be the same 3.5-liter V6 with 248 bhp (185 kW).

More details are shared in the press release section.