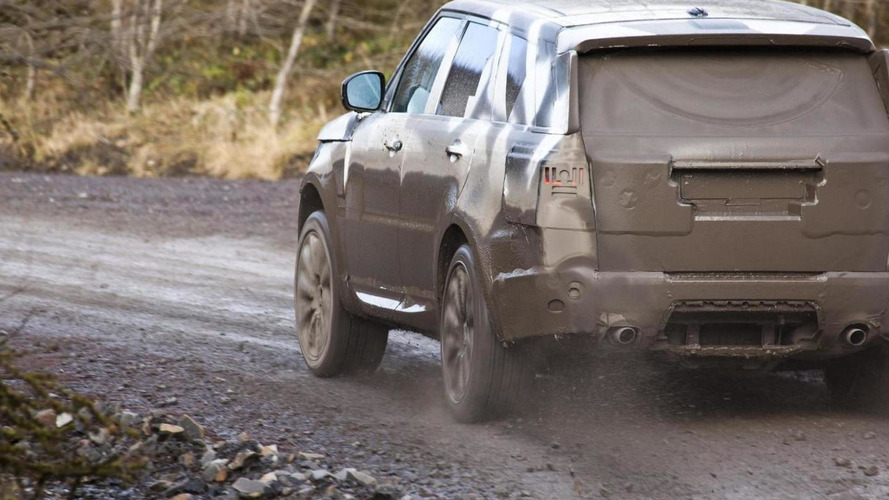 Land Rover has introduced the 2014 Range Rover Sport at New York Auto Show, following a string of leaks and teasers.

Land Rover has introduced the 2014 Range Rover Sport at New York Auto Show, following a string of leaks and teasers.

Scheduled to arrive at dealerships this September, Land Rover describes the new Range Rover Sport as "the fastest, most agile and most responsive" model they ever made. The design is heavily influenced by its larger brother and the stylish Evoque but in a more compact package featuring a raked windscreen and more pronounced wheel arches.

Compared to the outgoing version, the 2014 Range Rover Sport is 62mm longer but still 149mm shorter than the regular Range Rover. The wheelbase has grown by 178mm over its predecessor which provides enough room for a "5+2" seating option. The two rear seats can be folded down and are electronically operated.

Land Rover's engineers say the new-gen Range Rover Sport is about 500 kg (1,102 lbs) lighter than the old one, but they compare the V6 version of the 2014 variant with the previous V8 diesel model. Nevertheless, the car is still 420 kg (925 lbs) lighter if we compare the V6-powered versions. The vehicle has a drag coefficient of 0.34 which was possible by installing movable vanes in the cooling system, a smooth underfloor panel and near-flush glazing.

Power is sent to a permanent 4x4 system through a ZF 8-speed automatic transmission. Unlike the previous model, the 2014 Range Rover Sport can be configured with either a single-speed transfer case with 42/58 percent torque distribution or a two-speed transfer case offering the regular high range and low range with a 50/50 torque split. Before the end of next year, the Range Rover Sport will be offered in diesel-electric hybrid variant described as being "highly innovative" which will have CO2 emissions of just 169 g/km.

The fifth-gen air spring suspension borrows a lot of the components from the regular 2013 Range Rover but it has been tweaked to provide better handling as opposed to the luxury setup of its more premium sibling. It has also gained a Dynamic setting for the Terrain Response system which makes the vehicle more agile on-road.

Moving inside the cabin, there aren't any significant changes but we do mention a slightly lower driving position (by approximately 20mm), optional head-up display, along with a wide variety of textures and colors plus eleven "themes". Thanks to the added length, the new Range Rover Sport provides an extra 24 mm knee room.

The aforementioned SDV6 variant will cost between 59,995 GBP and 74,995 GBP but next year will go down to about 51,550 GBP for the base model once the TDV6 version arrives. The range-topping 5.0-liter V8 Supercharged Autobiography will set you back 81,550 GBP.