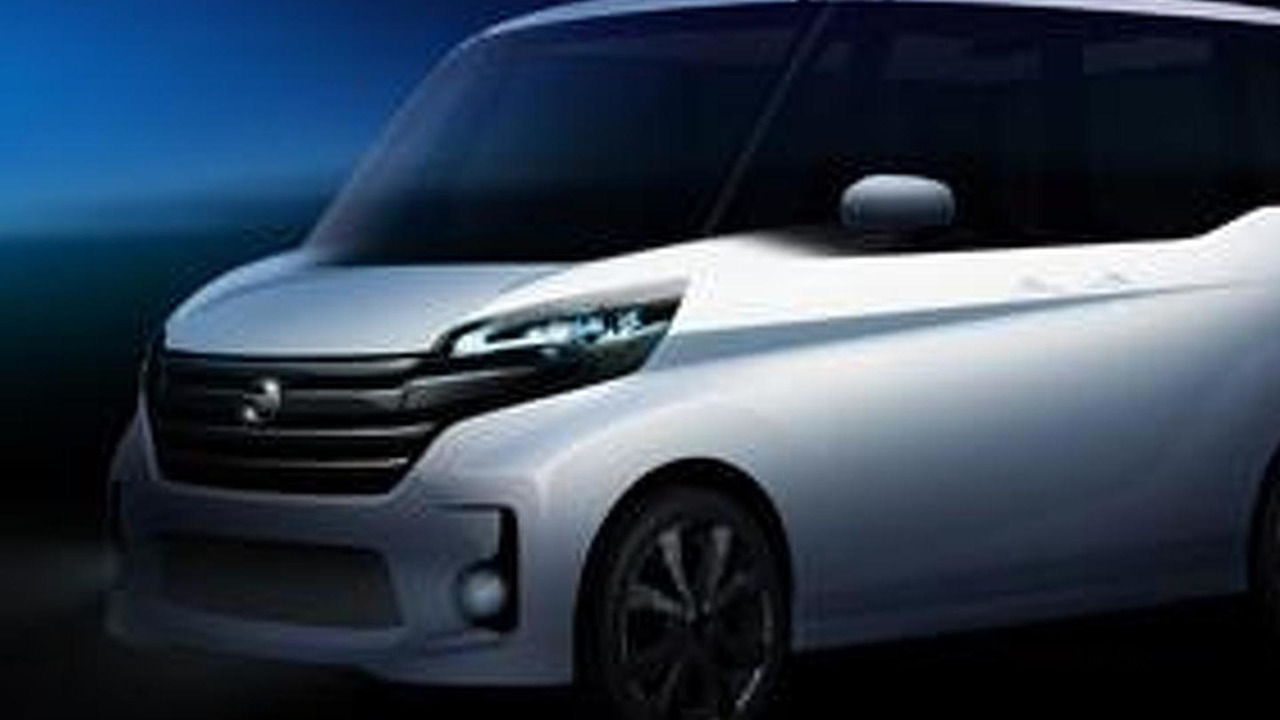 Nissan has released the first teaser image of their upcoming DAYZ ROOX. It will be jointly-developed with Mitsubishi and go on sale early next year.

Nissan has released the first teaser image of their upcoming DAYZ ROOX.

Described as a "super height" wagon, the DAYZ ROOX will become the company's second minicar that was jointly-developed with Mitsubishi. The company declined to go into specifics but said the model will be launched early next year and "will reflect Nissan's brand identity in exterior design as well as features that will be inherited from the know-how cultivated from Serena."

That's not much to go on, but the teaser image suggests the model will have an upright front fascia with a prominent grille and slender headlights. We can also see a distinctive beltline and blacked out pillars which give the model a 'floating roof.'

Little else is known about the minicar but Nissan says it will have a comfortable and roomy cabin as well as a fuel-efficient powertrain.