Most of the times when we talk about the Nurburgring, spy photos of an upcoming model are on focus. The most recent prototypes we saw on the legendary German track were a Tesla Model S, the new Hyundai Tucson, the Genesis GV70, and a mysterious Porsche Panamera trial car. This time around, however, let’s take a look at a production vehicle stretching its legs around the 12.9-mile (20.8-kilometer) Nordschleife loop.

And it’s not just any car but a Ferrari 488 Pista – a supercar that we’ve featured many times on our pages. For those of you with a shorter memory, let’s put the numbers on the table first. The Italian beauty has a 3.9-liter V8 pushing out 720 horsepower (530 kilowatts) and 568 pound-feet (770 Newton-meters). The motor uses new camshafts, a larger intercooler, strengthened pistons, titanium connecting rods, and Inconel exhaust manifolds in the engine borrowed from the 488 Challenge.

Yup, It's Quite Fast: 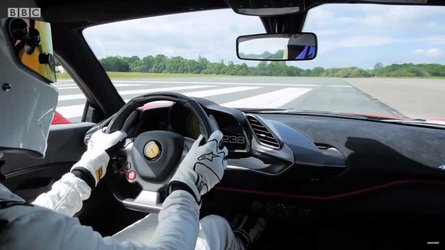 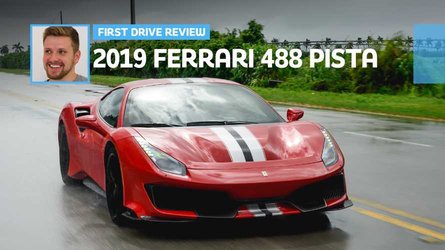 Channeling all the power to the wheels is a revised seven-speed dual-clutch automatic which shifts gears in just 30 milliseconds when the car is in race mode. In addition, the car is about 200 pounds (91 kilograms) lighter than the 488 GTB, upon which it’s based, and generates up to 20 percent more downforce at high speed. Sounds like the perfect car for the Nurburgring, right?

Well, it surely is, judging by the results. In the video at the top of this page, Sport Auto’s test driver Christian Gebhardt takes the 488 Pista for a very competent lap around the Nurburgring with a time of exactly 7:00 minutes. That’s hugely impressive considering the car was stock and was riding on Michelin Pilot Sport Cup 2 R K1 tires. Just to put the time into context, it’s faster than what the Mercedes-AMG GT R Pro, Porsche 911 GT3 RS (991.2), and Nissan GT-R Nismo achieved at the track.