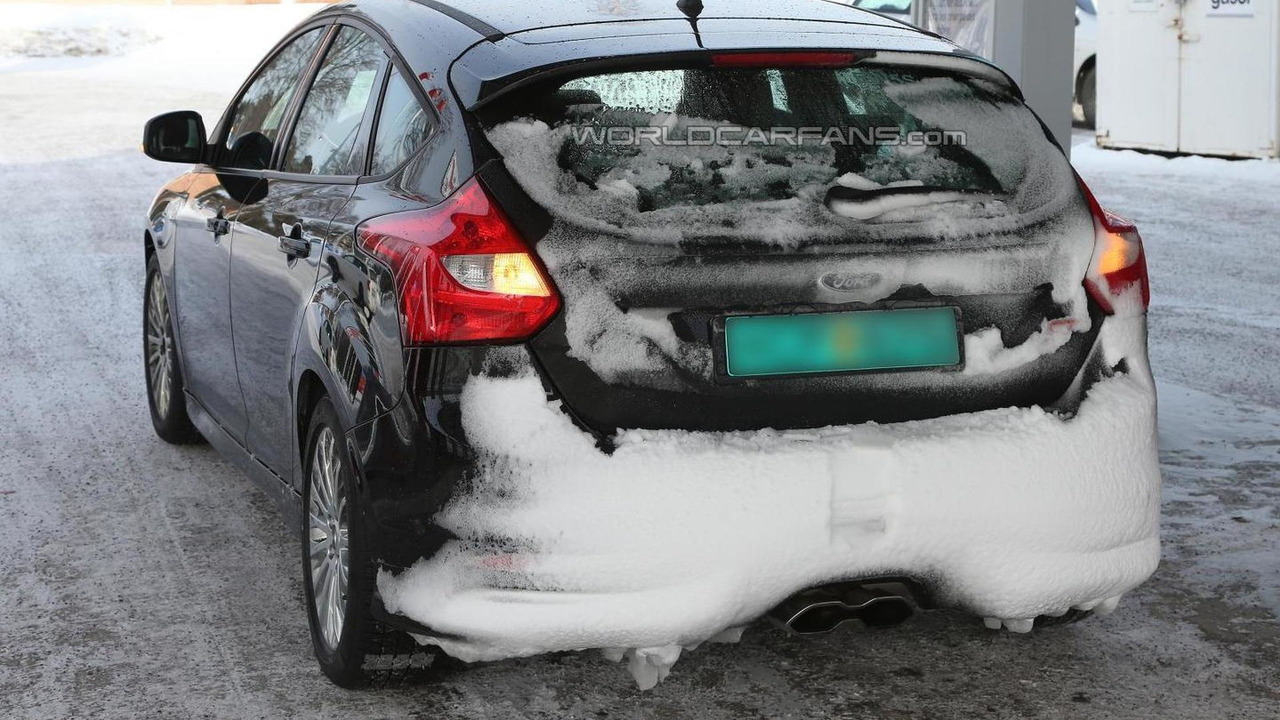 A mule of the 2015 Ford Focus RS has been spied by our photographers at a gas station.

A mule of the 2015 Ford Focus RS has been spied by our photographers at a gas station near the Arctic Circle.

This mule was spotted wearing the body of the warm ST version and it also previews a facelift for the Focus range judging by the camo on the front end. Ford has already confirmed the third-gen Focus RS will be launched sometime in 2015.

According to latest rumors, it will be powered by an EcoBoost 2.3-liter, 4-cylinder engine with direct injection and turbocharging, capable of outputting 335 HP (246 kW) which will be sent to front wheels. The same engine will also be available for the next-gen Mustang in Europe and United States.

We are expecting a starting price of around 40,000 EUR in Europe for the new Focus RS.