It addresses "one of Expedition’s last unsolved big customer needs."

Here’s a hot item straight from the bizzaro news desk. The Ford Expedition has 15 cup holders, ensuring that – even when packed with seven passengers – each person has access to not one, but two drinks. Packing SUVs with cup holders isn’t anything new for the American market, but for reasons we don’t quite understand, Ford has partnered with Dr Pepper to create an Expedition-themed 15-pack of soda. You know, one can for each cup holder, because Ford apparently wants to promote … the Expedition’s cup holders? 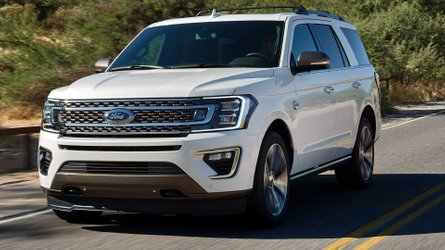 2020 Ford Expedition King Ranch Arrives With Royalty Inside And Out 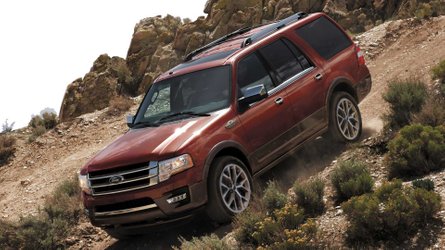 Believe it or not, that’s not the part we don’t understand. On the Dr Pepper package, you’ll find the phrase “We didn’t include 15 cup holders just for you to buy a 12 pack.” It’s true that Dr Pepper sells cans in a 12 pack, but you can buy a 15 pack of plastic bottles pretty as you please. Does this mean the bottles won’t fit the Expedition’s arsenal of cup holders? Or, is Ford suggesting aluminum cans are somehow superior to bottles, which come with a convenient cap so your 15 cup holders don’t become reservoirs of sticky soda slime? Is it possible we’re really overthinking this?

Believe it or not, that’s still not the part we don’t understand because we get it – this is a promo for the Expedition. In a press release (yes, Ford actually issued a press release about this) we’re told that these special 15 packs were given away at the Oklahoma vs. Texas college football game, which took place last weekend. Apparently you can’t buy this special 15 pack, because, you know, promoting your king-of-drinks SUV on a national level makes absolutely no sense whatsoever.

So unless you were among the exceedingly small percentage of Ford Expedition owners actually at that Football game, you will be forced to fill your 15 cup holders with plastic Dr Pepper bottles. To Ford's credit, the crazy idea did prompt us to write about it.

DALLAS, Oct. 10, 2019 – With 15 cupholders standard, the Ford Expedition has yet to find drinks packaged with enough cans to fill its wells – until this tailgating season, thanks to Ford and Dr Pepper teaming up to create a limited-edition 15-pack for Expedition customers.

The partnership comes just in time for tailgating season this fall and is an extension of Expedition’s new “Built to Be a Better Big” advertising campaign earlier this year.

“We’re solving one of Expedition’s last unsolved big customer needs – what to do with 15 cupholders,” said Adam Longarzo, Ford Expedition consumer marketing manager. “We’ve teamed up with Dr Pepper to create a 15-pack that puts a drink in each holder and highlights another reason why this is a ‘better big’ vehicle.”

Ford and Dr Pepper will give away the limited-edition 15-packs at the annual University of Texas versus University of Oklahoma football game at the Cotton Bowl Stadium in Dallas. While both football teams try for a win, September marks the best year-to-date sales performance for Expedition since 2007, with overall sales running 53 percent more than last year.

Expedition continues to build on its success with upgrades and new additions to the lineup. This includes the new King Ranch edition complete with signature two-tone paint on the exterior and premium Del Rio leather accented by the distinctive grain of Ziricote wood veneer on the interior, which of course includes 15 cupholders. The King Ranch “Running W” logo is emblazoned into the seatbacks of all three rows.

The 2020 Expedition arrives in showrooms soon.