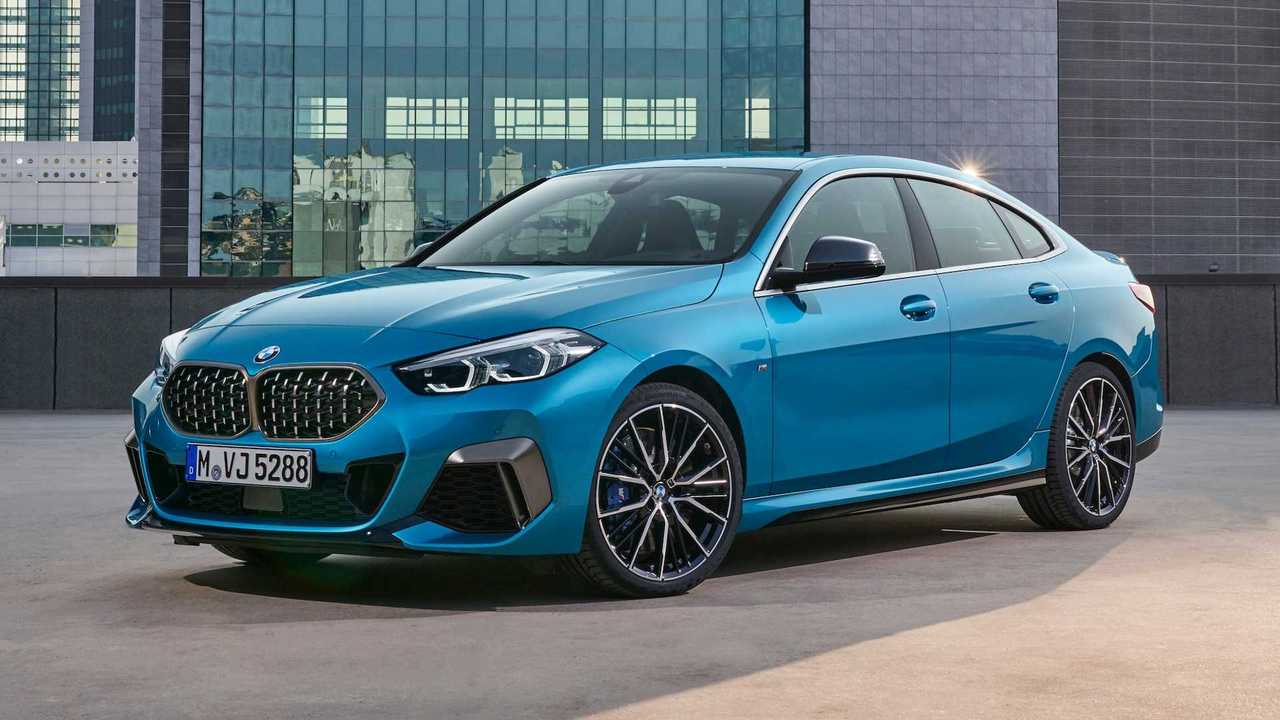 The compact four-door comes in two different flavors for the U.S.

Earlier in the year, BMW invited us to drive two early versions of the 2 Series Gran Coupe prototype. We walked away mostly impressed. But now the camouflage has come off for good. Today, BMW debuts the production 2 Series Gran Coupe (or, GC). This premium, compact four-door fills the barely noticeable niche between the 1 Series and 3 Series, and it does so in style.

Both American specs of the 2 Series GC come with all-wheel drive standard – though, European buyers will eventually get a front-drive option. But this is no ordinary xDrive system, BMW says. The 2 Series borrows traction tech from its i3 hybrid, particularly the near-actuator wheel slip limitation system. It manages slip by applying light braking to the inner wheels and works together with the standard xDrive all-wheel-drive system to improve grip.

The M235i, naturally, is the sportier of the two models. It offers additional bracing, a standard sport suspension system that reduces the ride height by 0.4 inches (10 millimeters), and an optional dynamic damper control system with two settings: Comfort and Sport. The M235i also gets sharper M Sport steering and grippier 235/35R 19-inch performance tires wrapped around multi-spoke wheels as an option. A set of 17-inch wheels and tires come standard on the 228i model, while 18 inchers are standard on the M235i.

Of course, the 2 Series GC personifies the term “four-door coupe” with styling elements like flared haunches in the rear, a sloping roofline, frameless windows, and LED halo running lights. Inside, it's all upscale. The optional BMW Live Cockpit carries over, and includes a 10.3-inch touchscreen, a matching 10.3-inch digital instrument cluster, and active safety features like lane-keep assist and adaptive cruise control. There's also an optional 9.2-inch head-up display.

Production of the BMW 2 Series GC will kick off next month before the car goes on sale, likely early in 2020. BMW has yet to release pricing details.