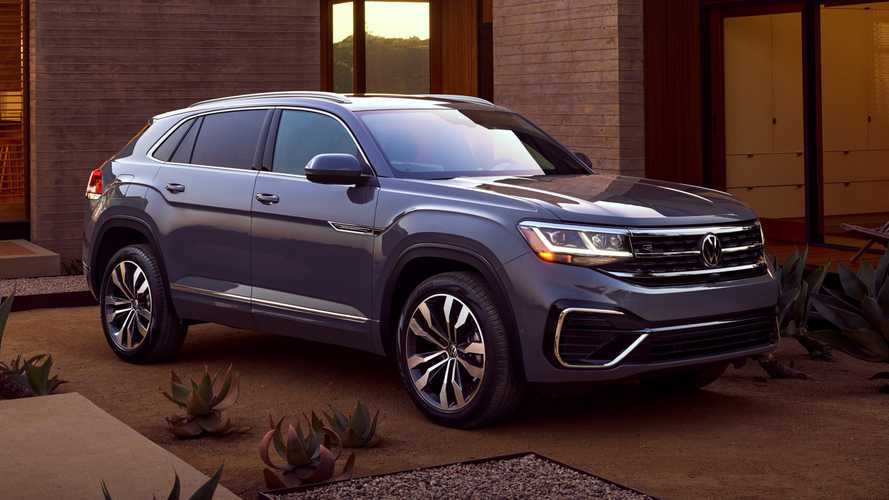 What could they be?

Volkswagen is slowly expanding its lineup of crossovers and SUVs. Last week, the German automaker revealed the Atlas Cross Sport, a two-row version of the Atlas SUV the company released for the 2018 model year. But that’s not the only high-riding people mover VW has planned for the U.S. In an interview with The Detroit Bureau, Volkswagen Group of America CEO Scott Keogh said at least two more crossovers are coming stateside.

Both will be smaller than the Tiguan, according to Keogh. One will be an entry-level offering while the other would sit one step above it. Sadly, Keogh didn’t provide any more details about the models, though he did add that there’s a massive opportunity for VW to find success with smaller crossover offerings, which should greatly help the automaker.

Here's What Else VW Is Doing:

Crossovers and SUVs are crushing it in sales right now, and even VW sees the potential for success. So far this year, SUV sales have surged for the company in the U.S., accounting for 52 percent of sales. That’s a far cry from the 14 percent of VW brand sales in the U.S. three years ago. If VW can add two, smaller models to its SUV lineup, then that share of sales should grow. It’s not clear when those new models could arrive, but it appears the crossover and SUV craze isn’t slowing down anytime soon, even as overall new-car sales fall.

VW does offer crossovers that are smaller than the Tiguan – the T-Cross and T-Roc. However, the company does not sell either model in the U.S. It’s not clear if these are the two models Keogh is referencing, or if the U.S. will receive two unique models. Either way, Americans do love their large vehicles, and developing two to find the most success with U.S. customers seems smart.