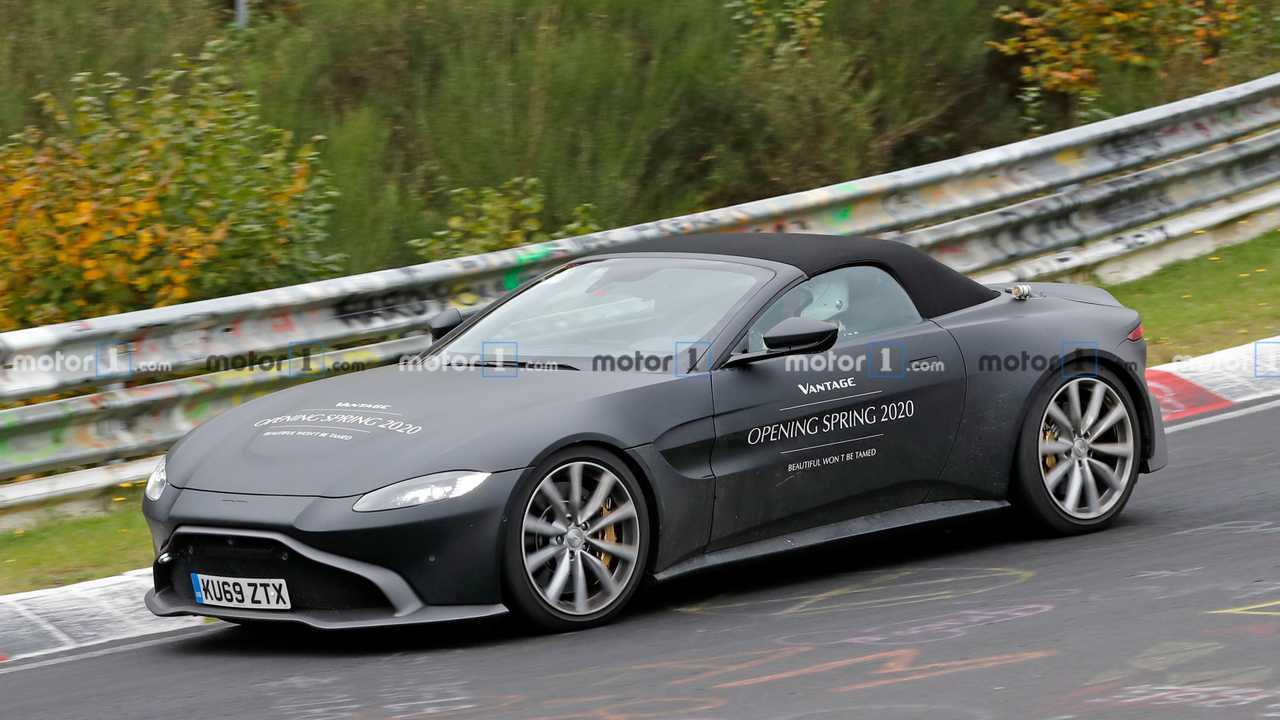 It's not really a secret, but these photos give us a better preview of what's to come.

This isn’t so much a secret spy photo session as it is another look at Aston Martin’s forthcoming droptop version of its sinfully gorgeous Vantage. That’s because the posh automaker already revealed the Vantage Roadster earlier in October. That is, the car was sort-of revealed – we were given four photos of a dull gray preproduction car and some info on the engine, not to mention the Roadster’s official reveal timeframe of spring 2020.

The Roadster Is Coming:

That won’t stop us from grabbing photos of the roofless GT machine at every opportunity, and as this flat gray preproduction model lapped the Nürburging, our spy teams ripped off 17 shots from nearly every angle. It’s a good looking machine even with the top up, and these photos better showcase how the redesigned decklid serves to emphasize the car’s subtle molded spoiler. It wasn’t nearly as prominent on Aston’s media photos, but with the backdrop of Germany in autumn, the car is stunning even with a dull exterior.

Clearly, Aston Martin engineers are still exercising the Roadster’s performance limits, as this car is leaning quite noticeably on the track. Removing the roof always leads to a loss of structural rigidity – especially in a front-engined GT car – so we suspect Aston Martin is keen to ensure the Vantage can still dance without getting wobbly in the feet. Based on these photos, it looks properly planted.

That’s good, because the Vantage Roadster will have plenty of power under the hood. Aston Martin has already confirmed the Mercedes-AMG-sourced 4.0-liter twin-turbo V8 will return, making 503 horsepower (375 kilowatts) and 505 pound-feet (685 Newton-meters) of torque. With such forces twisting the Vantage about, extra reinforcement to compensate for the folding roof is guaranteed. The question now is how much weight will be added due to the extra stiffening? Given the aural and visceral pleasures associated with top-down motoring, we’re guessing any minor loss of straight-line thrust will be offset by having the wind in your hair.

It’s not exactly a secret car, but we’re sure anxious to see it with the roof down in a proper shade of British Racing Green. That will happen next spring.