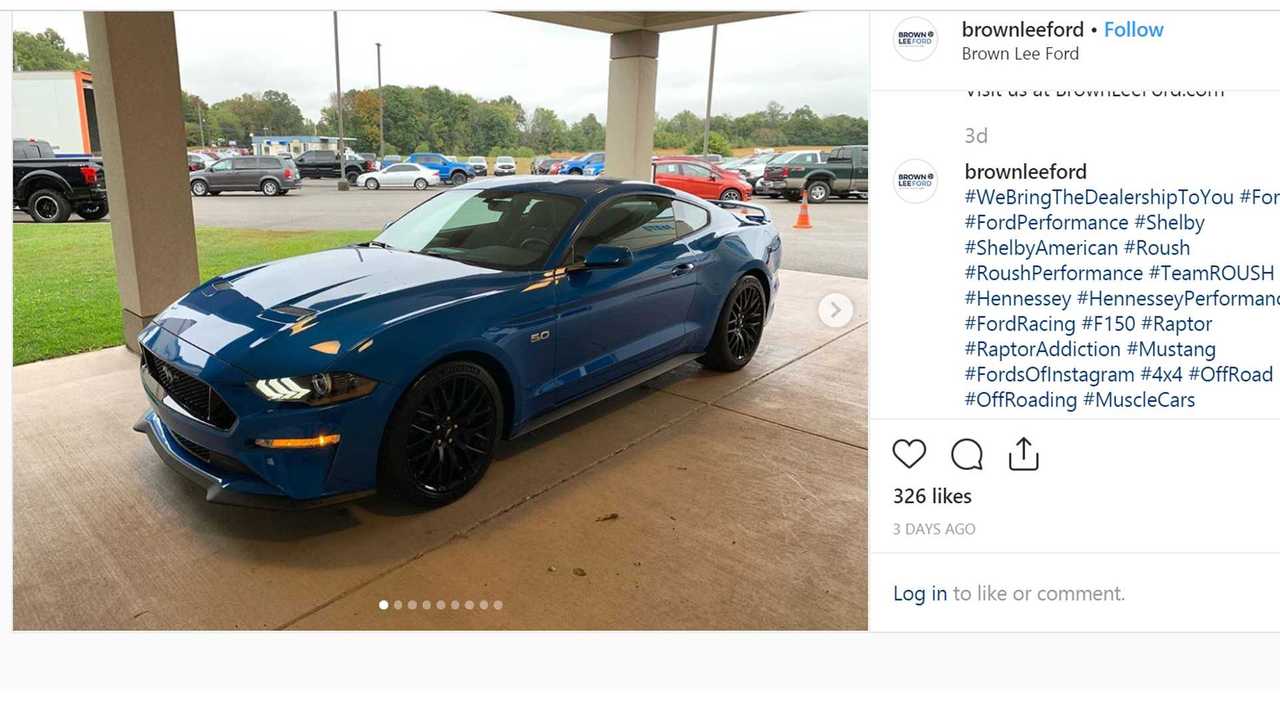 You could almost have two of these for the price of one base-model Shelby GT500.

The Ford Mustang. Few vehicles in all of motoring history have been the subject of such customization by owners, but even Ford proper – with its dizzying array of special-edition models and factory-built performance parts – is deep in the custom game. This array of Ford-backed upgrades enables dealerships like Brown Lee Ford in Morrison, Tennessee, to create custom high-horsepower ‘Stangs at the dealer level, and that’s exactly what this store did. More importantly, the price is crazy low, and it still has a full warranty.

How low is the price? On its website, Brown Lee Ford says it will sell a 2020 Mustang GT fitted with a Roush Supercharger for $39,995. For the record, this special package bumps the GT’s 5.0-liter engine to 700 horsepower, courtesy of a 2.65-liter Roush supercharger kit. Other changes to the car aren’t listed, and at $39,995 we’re assuming the Mustang is a base-model GT. That would mean a six-speed manual for shifting duties, but it would also mean such a beast would lack the upgraded brakes and suspension components you get in the GT Performance Package, which is a $3,995 option. We’d certainly opt for better control with a 700-hp hammer under the hood, but even at $43,990, this seems like an epic deal.

And yes, Brown Lee Ford does say the power upgrade is “warrantied when installed by a Ford dealer or an Automotive Service Excellence-certified technician.” We aren’t sure if that coverage would be in effect if, say, you’re caught on video bouncing the engine off the rev limiter for two minutes doing a massive burnout. But managed properly, it all sounds like a recipe for owning a crazy-powerful pony car without taking out a third mortgage on the house.