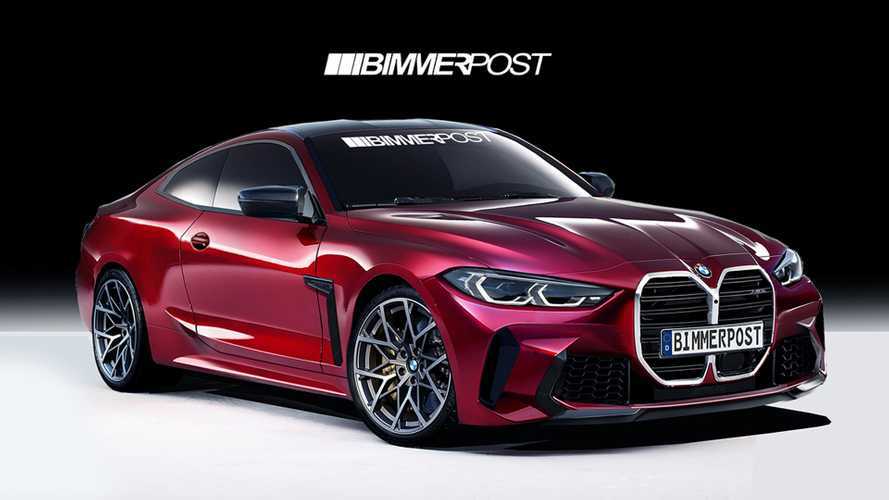 The motoring world was taken aback when BMW revealed its Concept 4 at this year’s Frankfurt Motor Show. That’s because the grille on this car is, in a word, galactic. The look is polarizing to say the very least, but at this point, it seems quite likely the forthcoming BMW 4 Series – including the M4 – will follow suit.

Big Grille Is Big, And People Don't Like It:

Since this concept hit the internet, all kinds of renderings have cropped up predicting what the next 4 Series will look like. Bimmerpost.com has the most comprehensive collection of images we’ve seen thus far, including the next-generation coupe and convertible depicted with a range of colors and wheel styles. From the back, the coupe looks properly muscular and good enough to eat. From the front, well, let’s just say beauty is in the eye of the beholder.

The planet-sized grille and blocky front fascia with its endless angles make for an extremely busy front clip. It’s certainly a far cry from the understated days of the E46 M3 coupe, never mind the earlier models. Perusing comments on 4 Series articles here at Motor1.com, we see a majority of our commenters are not fans of the beaver teeth. That unofficial survey isn't necessarily a cross-section of BMW’s targeted demographic, but the Bimmerpost forums are chock full of folks already passionate about the automaker. What do they think of the design?

A quick read of the 14-page thread at the forum regarding these renderings reveals plenty of detractors, but also quite a few positive comments. We’re forced to admit that we see logic in some of the arguments defending the new look. There will always be those who resist change no matter what, and taking bold steps in design can separate the companies who want to lead, versus those who simply follow. The question now is whether this grille is a bold step in the right direction, or the wrong one.

Regardless, there’s little sense in holding out hope for a smaller grille on the new 4 Series at this point. BMW’s Concept 4 specifically previews the next-generation coupe, and that means the production car’s design was likely locked into place long ago. We expect to see the car debut next year, but for now, the thread at Bimmerpost has all kinds of additional renderings to see. Check it out, and see what Bimmer fans have to say about all this.