2021 Hyundai i30 Fastback N Facelift Spied For The First Time 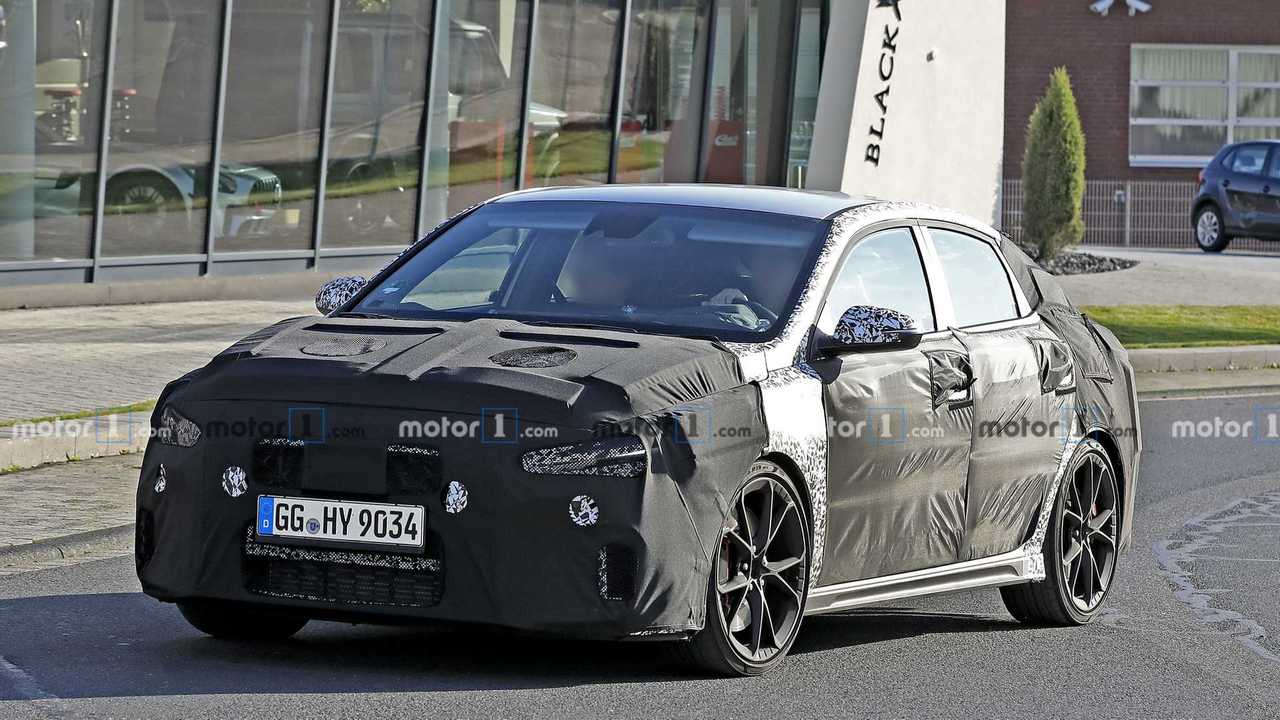 This prototype was spotted twice near the Nürburgring.

The current Hyundai i30 Fastback N isn’t old, having debuted its elongated five-door lines barely a year ago at the 2018 Paris Motor Show. More recently, a camo-wrapped version of the i30 N garnered our attention, but it wasn’t an all-new runabout. It was the Project C – a lightweight, track-focused version of the hot hatch that debuted in September at the Frankfurt Motor Show.

Today we do have photos of something new from Hyundai, or at least, something updated. A couple of our global spy teams caught this heavily camouflaged prototype near the Nürburgring, and it matches up pretty darned well with previous sightings of the upcoming i30 hatchback. We know a facelift is planned for the i30 line, but a close look at the front on this test vehicle tells us it's the hotter N variant. We can make out the more aggressive grille and vents on the lower fascia, and we can see differences in the headlights, too. If that’s not enough to convince you, the sporty wheels with big brakes and sticky track tires seal the deal on this being the performance model.

More updates are in store for the rear of the Fastback.  The taillights appear to have a similar design, albeit a bit narrower in size. Looking further down, the camo wrap is stretched tight enough to show some of the lines on the lower fascia, and it matches the current model’s red strip positioned just above the dual exhaust outlets. That said, we do expect to see minor changes with some of the details, but the backside shouldn’t differ too much from the present-day offering.

We haven’t heard anything conclusive on interior and powertrain changes. Rumors and tips from readers suggest small trim updates to the current i30’s greenhouse are in store, with engines largely carrying over. For the i30 Fastback N, that would mean a 2.0-liter engine tuned to produce either 246 horsepower or 271 hp.

Similarly, we’ve heard nothing on a debut date for the updated i30 line, never mind the Fastback N model. Our best guess has Hyundai holding a reveal midway through 2020 as a 2021 model. If that’s the case, expect the I30 N to follow six months to a year later.