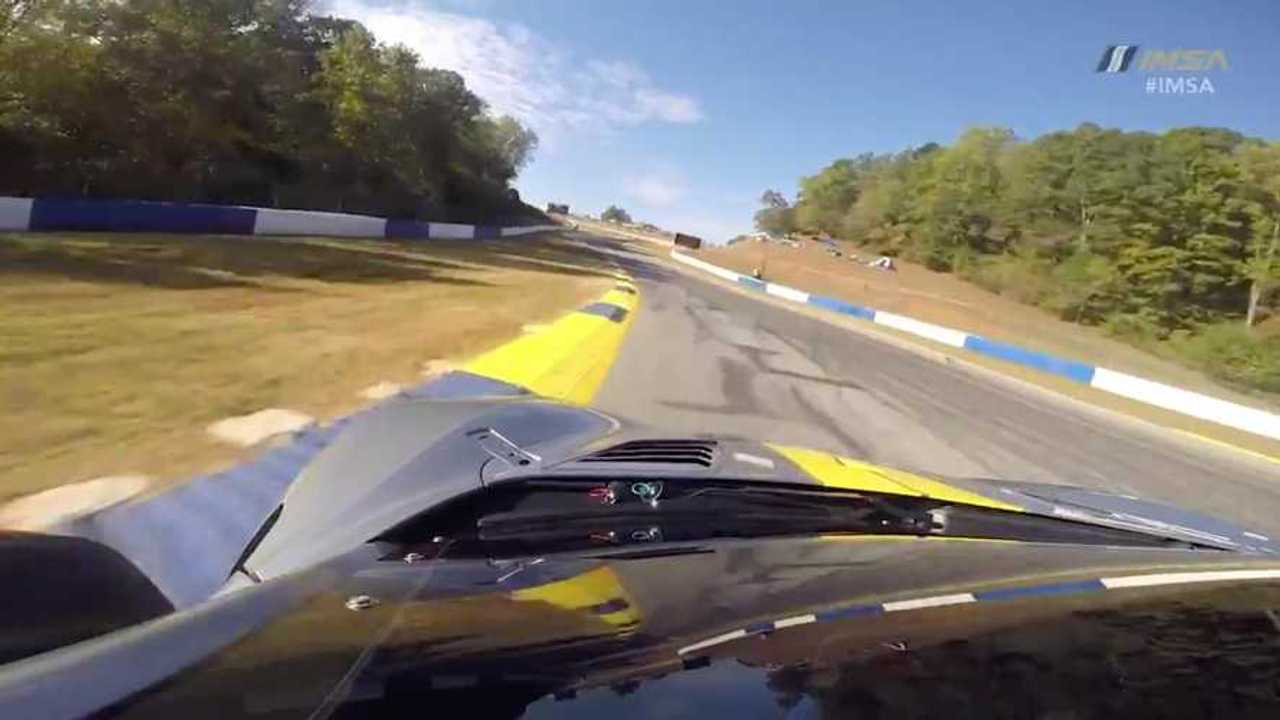 The Corvette racer makes its competition debut in January.

A new video provides an opportunity to see the new Chevrolet Corvette C8.R doing a complete lap for the first time. It doesn't sound quite as impressive here as in the previous engine start-up clip, but that's likely due to the microphone placement that's picking up lots of ambient noise. The driver here isn't pushing very hard but still provides a great demonstration of the racing 'Vette.

The C8.R will make its competition debut in January at the Rolex 24 at Daytona, and it'll compete in the 2020 IMSA WeatherTech SportsCar Championship. Unlike previous generations, the two factory-backed machines will wear different paint schemes. One will be yellow with silver accents, and the other will be mostly silver.

The C8.R has a lot in common with the roadgoing Corvette. This is a bit different from the existing C7.R because it still had some components dating back to the C5 racer.

Get Up To Speed With The Chevrolet Corvette C8.R:

The C8.R packs a 5.5-liter V8 with a flat-plane crankshaft making 500 horsepower (373 kilowatts) and 480 pound-feet (651 Newton-meters) of torque. It runs through a Xtrac six-speed sequential gearbox.

The dual-overhead-cam powerplant reportedly shares some elements with Cadillac's new Blackwing V8. There's speculation that a version of this competition-spec engine could go into a road-legal Corvette, like the Z06, in the coming years. It's possible this variant could add turbos to the V8 or stick with the racer's naturally aspirated setup.

There's no info yet about when the hotter Corvette road car might arrive. Since the standard coupe and convertible aren't even on sale yet, don't expect Chevy to be in too big of a hurry to add another variant to the lineup.