503 horsepower, rear-wheel drive, and an unskilled driver – that’s what we call a recipe for disaster. Footage shot by CarSpotterQVS over the weekend in The Netherlands shows a man behind the wheel of a Mercedes-AMG C63 S Sedan attempting to impress the crowds while leaving the 100% Auto Live car show held at the Rotterdam Ahoy.

If this isn’t your first time on the Internet, you’ve seen this type of accident plenty of times before. The saying “money doesn’t buy skills” perfectly illustrates what happened here, with the driver thinking he’d be able to maintain control of the high-powered RWD machine while throwing the AMG’s tail into the corner. Things did not go as planned for a number of obvious reasons, but what matters the most is that both the driver and front passenger managed to get out of the car safe and sound.

It goes without saying that hitting the curb and slamming into the tree had quite an impact on the vehicle’s bodywork, not to mention the rear suspension setup. You can see the fuel cap is missing and the quarter panel and rear door on the passenger side are in need of some serious TLC, and it’s probably going to cost a fortune to replace the deployed airbags.

It would be interesting to find out if the insurance company will declare this as a write-off, but it depends on whether the car has suffered any structural damages. It might look fixable at a first sight, but only a deeper investigation can reveal if it’s worth the trouble, especially since the repair bill is undoubtedly going to be steep. 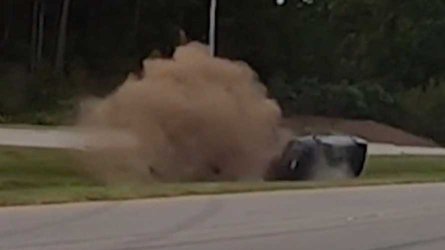 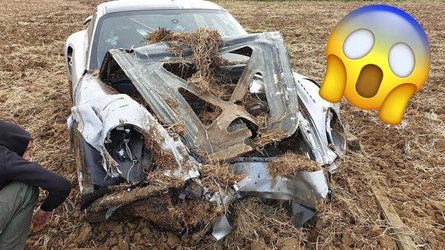 Aftermath footage shows a previous-generation Audi A6 Avant police car arriving at the scene of the incident before a tow truck clears the road by taking away the damaged AMG sedan.

We’ll probably see fewer of these videos with the next-generation C63 (confirmed to be a plug-in hybrid) as the car is expected to switch to an all-wheel-drive setup. That being said, you’ll likely still be able to throw the rear end as AMG could give it a Drift mode in the same vein as they did on its bigger brother, the E63.