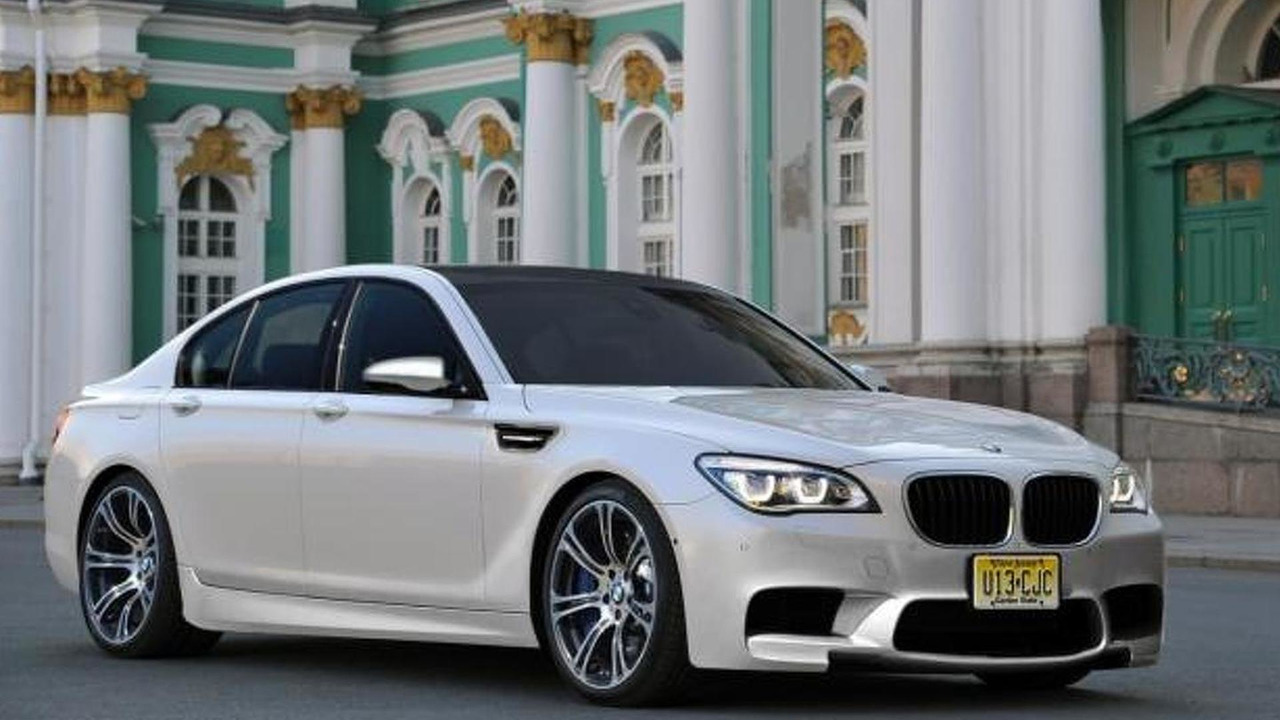 Auto Projeções imagined a possible look for the BMW M7 with a carbon fiber roof and a lowered suspension.

Auto Projeções imagined a possible look for the BMW M7.

We probably won't see an M variant of the current BMW 7-Series since it's pretty late in the game. However, things might change for the new model which is scheduled to arrive in late 2015 or 2016. We are making this assumption on the basis that the M lineup has grown considerably over the last few years.

There was a rumor last year indicating an M770i xDrive with a V8 4.0-liter twin-turbo producing 482 HP (354 kW) and 650 Nm (480 lb-ft) of torque. Those figures are far from being impressive but the report mentioned a focus on a lightweight construction, bespoke 8-speed automatic gearbox and improved handling which could result in an agile high-performance luxury sedan.

Getting back to this render, it takes a lot of styling cues from current M models, starting with the alloys and front bumper, along with the muscular side skirts, lowered sports suspension and a carbon fiber roof.