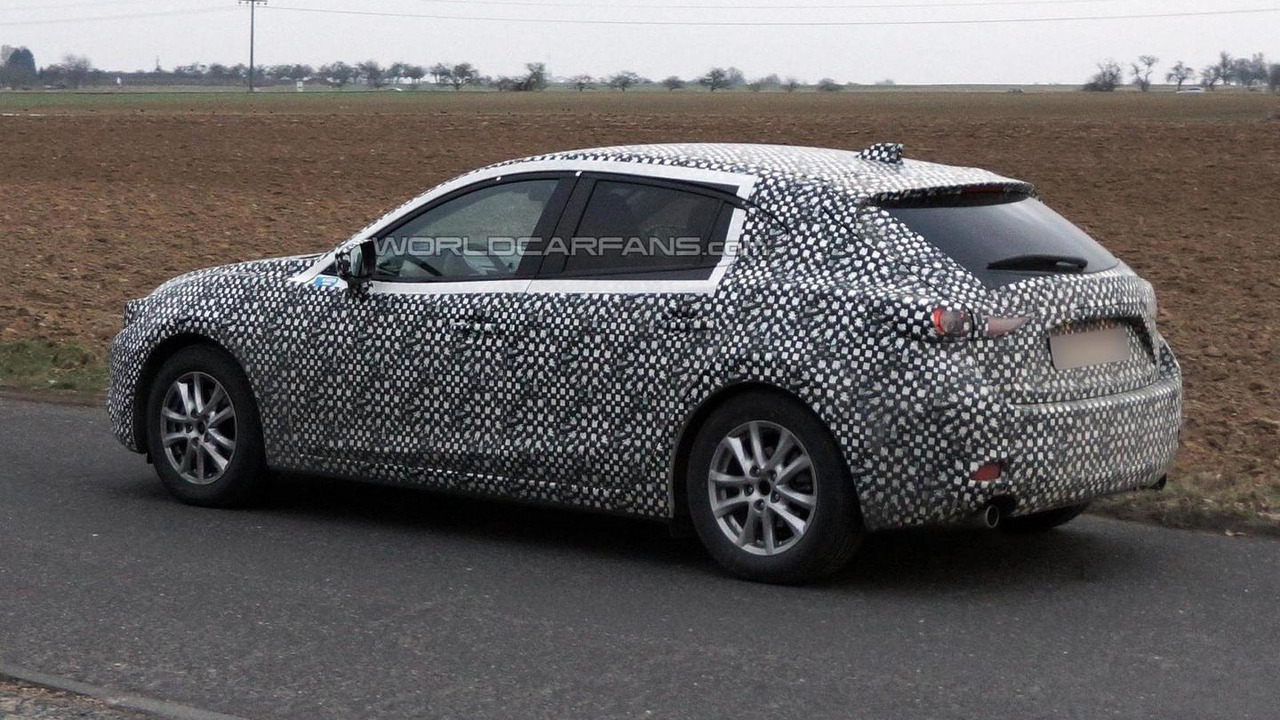 The new generation of the Mazda3 is scheduled to arrive at U.S. dealerships this fall, according to a new report.

The new generation of the Mazda3 is scheduled to arrive at U.S. dealerships this fall, according to a new report.

It will be a crucial model in the company's lineup as Mazda plans to sell more than 300,000 cars per year in the United States, a performance level which hasn't been achieved since the mid-90s. As you would expect, Mazda officials refused to comment on this topic.

This is the firm's best-selling model and for the new generation it will adopt the Kodo design with the hexagonal grille seen on the Mazda6. Chances are it could ride on the CX-5's platform so hopefully it will be a few hundred pounds lighter than the outgoing model and also more fuel efficient.

The raft of Skyactiv technologies will certainly be implemented, while a 2.0-liter, four-cylinder engine producing 155 hp (116 kW) should be offered for the U.S.-spec model. Apparently it will also be available with new manual and automatic transmissions, along with a larger 2.5-liter mill.

Earlier rumors hinted at a more potent Mazdaspeed3 version but so far this hasn't been confirmed.