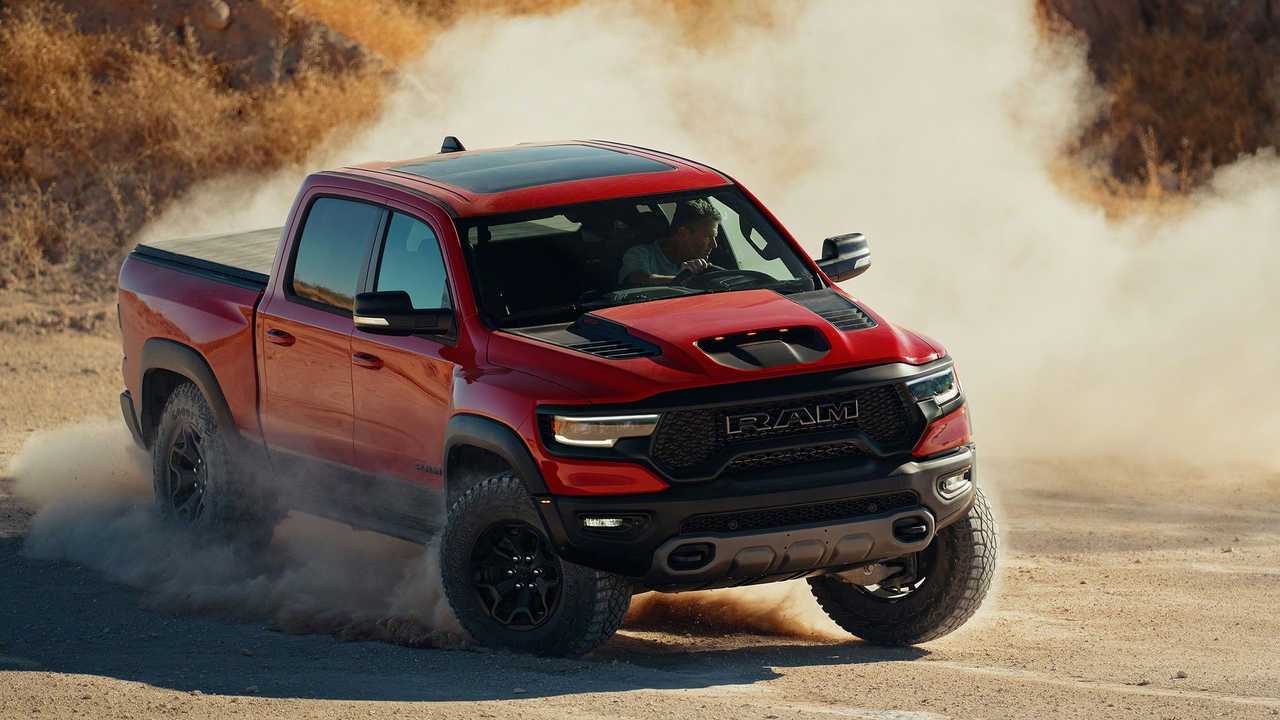 The 2021 Ram TRX has been revealed and we know everything about its specs, pricing, and release date.

We’ve seen it testing and we know it’s coming. It’s now officially official that Ram will launch a performance version of the 1500 truck. The automaker confirmed in a press release earlier this year that “the Ram Rebel TRX concept has been approved for production.” Here’s what we know about the V8 monster truck so far.

Think of the 1500 Rebel TRX as a direct competitor against the Ford Raptor with a V8 power and other performance tweaks to the suspension, steering, and looks. A less potent but slightly more economical TR version is believed also to be in the works with a naturally aspirated V8.

Spy photos from earlier this year, showing the vehicle testing at Silver Lake Sand Dunes in Michigan, suggested the super truck will feature a blacked-out appearance. It will be combined with visual upgrades, including fender extensions with exposed fasteners and dual exhaust pipes. All-terrain tires with bead-lock-style wheels were fitted to the test prototypes but these could be optional for the production model.

While it’s not officially confirmed by Ram, we know pretty much for sure the 1500 Rebel TRX will get a supercharged 6.2-liter V8 mated to a 10-speed automatic transmission. An estimated peak power of 707 horsepower (527 kilowatts) will reach all four wheels through ARB Air Lockers at both axles. Ram even tested a version with the Dodge Demon’s 840-hp (626-kW) engine but we highly doubt it will make it into production.

The performance truck reportedly will ride on dual Bilstein shocks at each corner, and the truck will have quite a high ride height in these photos. There will also be upgraded brakes for improved stopping power. Interestingly, the spy shots showed that the truck had eight lug wheels in the rear, and six lug wheels up front.

When we will see it?

Ram’s announcement so far doesn’t include a launch date for the 1500 Rebel TRX and the best we can provide at the moment is our educated guess. The general consensus is that the performance truck should be available for the 2021 model year, which probably means we will see it in the second half of 2020.

"As part of the Company’s recently unveiled five-year plan, the Ram Rebel TRX concept has been approved for production. More information will be disclosed at a future date."