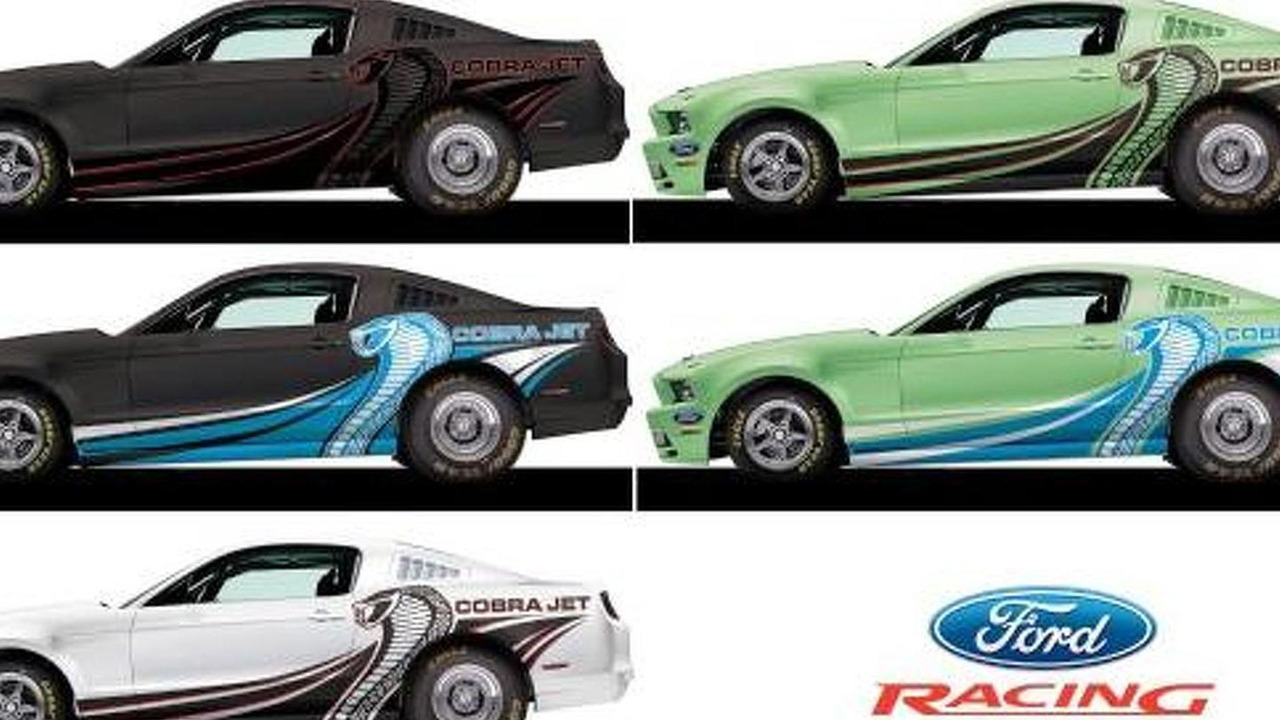 Ford has taken the wraps off the 2014 Cobra Jet Mustang. It features an all-new three-speed transmission and a parachute mount.

Ford has taken the wraps off the 2014 Cobra Jet Mustang.

Designed to compete in NHRA Stock and Super Stock racing, the 2014 model has an all-new three-speed transmission, a parachute mount and two new exterior colors - flat black and Gotta Have-it Green. The model is also equipped with an electric power steering system, a track-oriented suspension, Recaro FIA race seats and a roll cage.

Detailed performance specifications were not released, but Ford says the model has a 5.0-liter V8 engine which has been equipped with a 2.9-liter Whipple supercharger.

The Cobra Jet is currently available for order and production is slated to begin in July. Only 50 units will be built and pricing starts at $97,990.