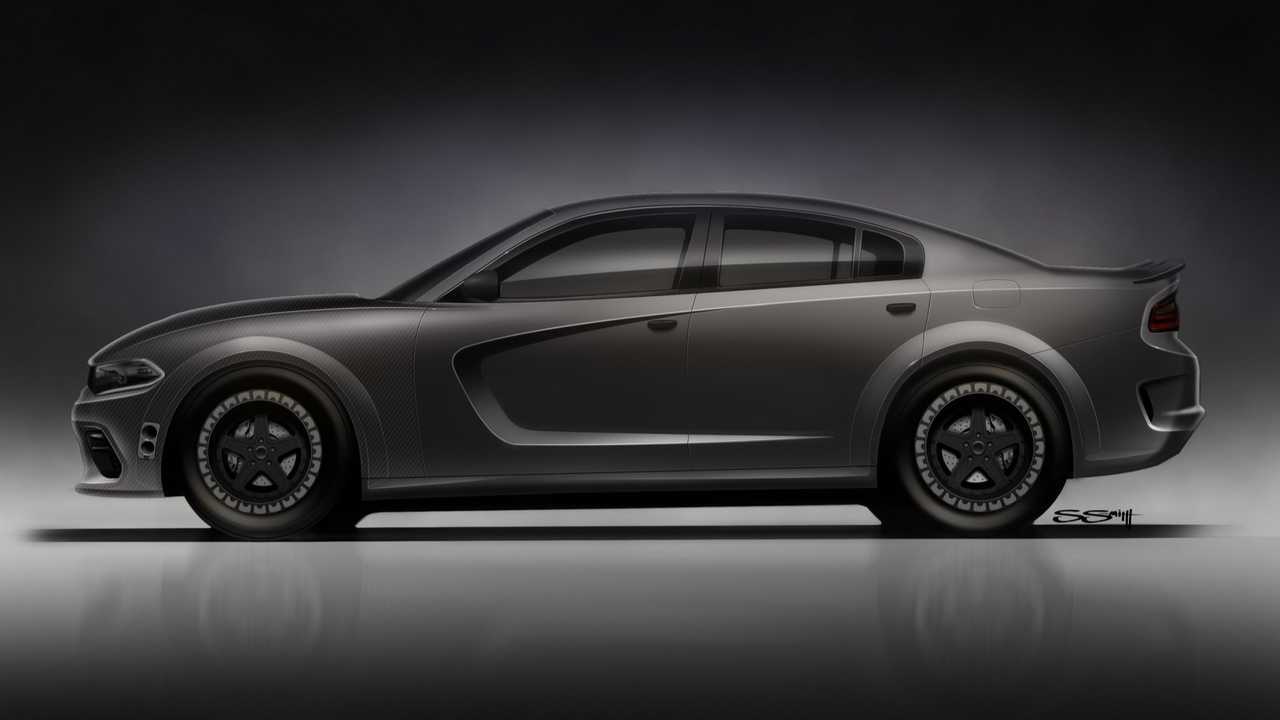 The engine allegedly makes over 1,000 horsepower.

SpeedKore builds some amazing custom vehicles, and it's now teasing an all-wheel drive, twin-turbo widebody Dodge Charger for this year's SEMA Show. A sketch of the vehicle in profile teases the styling, and the machine looks mighty subtle for something that should have crazy performance capabilities.

This teaser doesn't provide any further details, but the powerplant makes over 1,000 horsepower (746 kilowatts), SpeedKore tells Mopar Insiders. Magaflow contributes a custom exhaust that lets drivers select whether the gases flow out of the vents ahead of the front wheels or from the rear when a quieter sound is necessary.

There are no details yet about the all-wheel-drive system. To be capable of handling the punishment from over 1,000 hp, SpeedKore would need to source a variety of high-strength components.

Get A Good Look At SpeedKore's Creations For The 2018 SEMA Show:

At last year's SEMA Show, SpeedKore showed off a Dodge Challenger SRT Demon with a carbon fiber body. It also replaced the V8's supercharger with a twin-turbo system that pushed the output to 1,400 hp (1,044 kW) on E85 ethanol. The overhauled powertrain was capable of sending the Demon through the quarter-mile in 8.77 seconds at 162 mph (261 mph).

In addition, SpeedKore had a another creation at last year's SEMA Show when the company created a highly customized 1970 Dodge Charger. It featured bodywork with a mix of carbon fiber and billet aluminum panels. Power came from a tuned version of the Demon's supercharged 6.2-liter V8 making 966 hp (720 kW) running through a six-speed manual. The machine also had an overhauled suspension, Brembo brakes, and Michelin Pilot Sport Cup 2 tires for HRE forged wheels.