2020 Skoda Rapid Teased As Model Lives On In Certain Markets 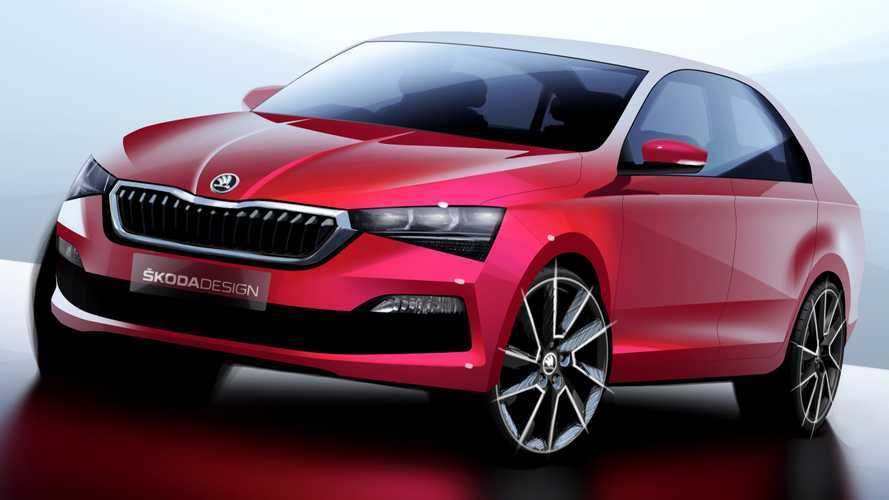 The Rapid will continue to exist in Russia and China even after the Scala's introduction.

It’s a big world out there and therefore what works in a certain region might not be a viable solution in another part of the globe. Case in point, the new Scala – pitted as a direct rival to the forthcoming Volkswagen Golf 8 – serves as a more upscale replacement of the Rapid in many countries, but there are some exceptions.

One of them would have to be Russia where the Scala won’t be available as Skoda will sell instead a revamped version of the Rapid. This is our official look at the second generation of the affordable compact car that’ll come to replace an aging model around since 2012. Seen here is only the liftback body style, but fans of the Czech brand will remember there was also a slightly shorter Spaceback model. We know for a fact that both are due in China, although it remains to be seen whether the latter will be sold in Russia as well.

As with just about every design sketch released by an automaker, the 2020 Rapid looks quite promising. However, if history has thought as anything, it’s that the real deal won’t even come close to this. It is believed the new generation will make the switch to the MQB platform by finally ditching the old PQ26 bones of its predecessor, but this has yet to be confirmed by Skoda.

We’ll learn more about the new Rapid in the weeks to come as Skoda Russia says it will take the wraps off the second generation before the year’s end. Production will take place locally at the Volkswagen Group’s Kaluga plant located about 170 kilometers (106 miles) southwest of Moscow where the Polo is also assembled together with the four-cylinder 1.6 MPI engine (EA211).