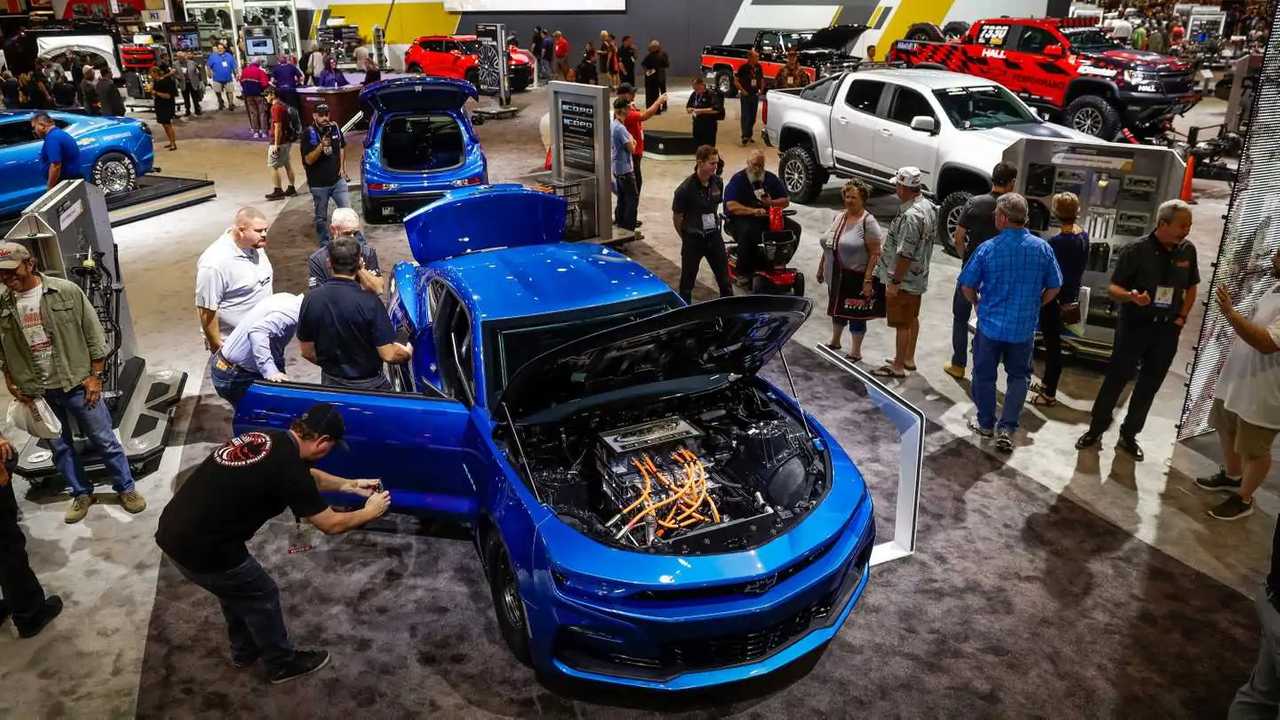 A lack of parts to complete special projects might throw a monkey wrench into GM's plans.

The UAW strike against General Motors is dangerously close to being a month old. The walkout began at 11:59 PM on September 15, and at this point, there’s no agreement in sight. 46,000 hourly GM employees have traded production lines for picket lines, and as we stretch further into autumn, repercussions are apparently being felt at multiple levels. That seems to hold true even for custom projects, as a new report from Muscle Cars & Trucks says the strike could affect Chevrolet’s presence at the 2019 SEMA Show.

The report cites unnamed sources and independent intelligence gathering that all points to difficulties in getting parts necessary to complete projects. We contacted Chevrolet for a bit of additional fact-finding on SEMA, and received this statement from a spokesperson:

"Chevrolet plans to have a presence at SEMA. It’s too early to speculate on production timing impacts on any of our SEMA builds due to the UAW work stoppage."

As to the specific nature of these allegedly delayed projects, we haven’t yet heard a peep from GM on any SEMA builds, which could be rather telling by itself. Cool show cars and an array of performance parts are typically part of Chevrolet’s offering, such as the wicked-looking 1973 Chevelle Laguna that featured a 755-horsepower Corvette ZR1 crate engine on display last year. With the show now a few weeks away, we’re just about to the window where we’d expect to see either teasers or full announcements.

The stumbling blocks between GM and UAW representatives fall to pay and job security, according to the latest strike report from The Detroit News. Increased pay for workers is on the table, as well as a streamlined process of bringing temporary employees into full-time positions. As for the job security aspect, GM’s recent idling of several facilities in the U.S. is a hot point, with the UAW seeking to bring new projects to these locations.

In the meantime, The Detroit News says GM has lost an estimated $660 million in profits since the strike began.